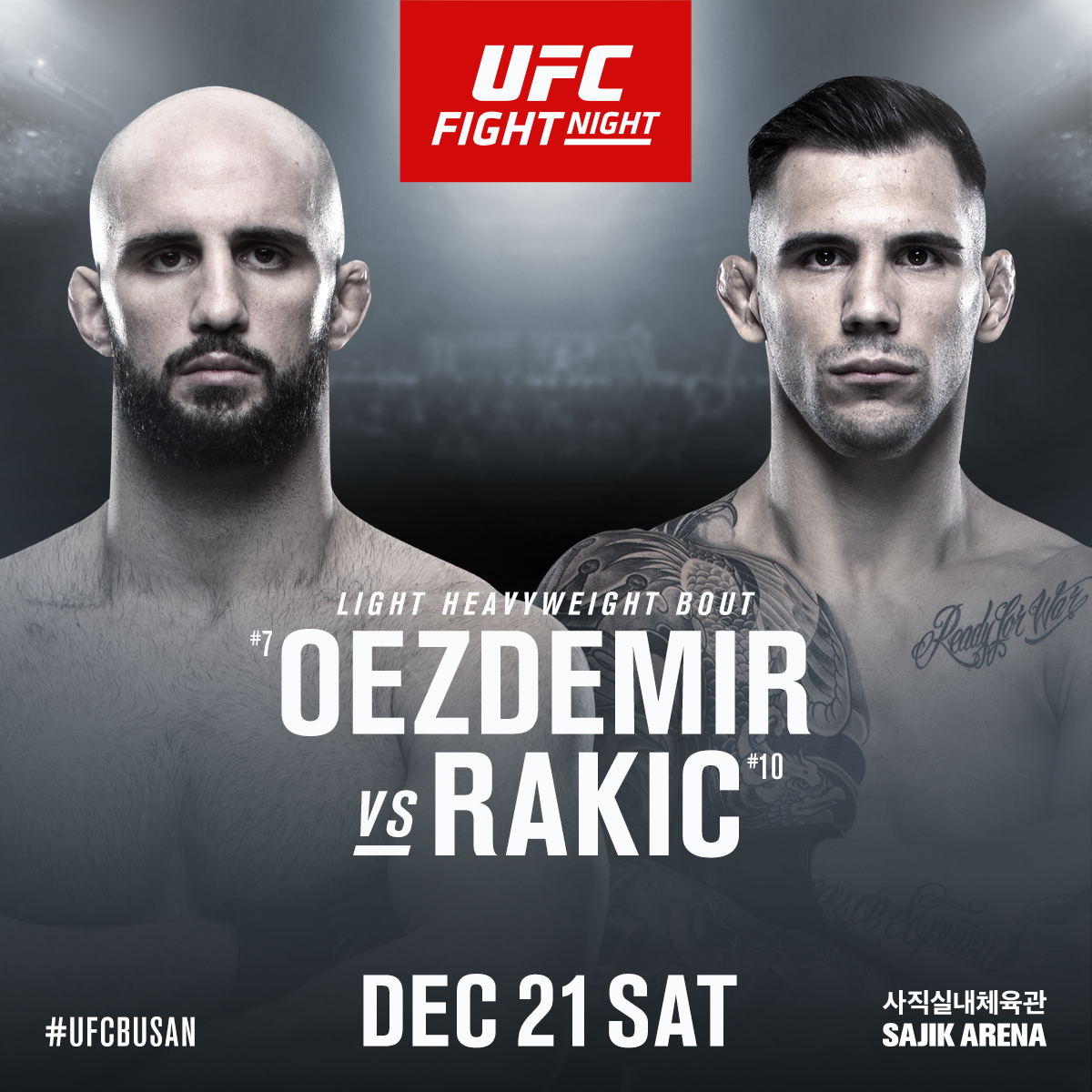 The first two bouts have been confirmed for the Busan event, both between top ten fighters in the flyweight and light heavyweight divisions.

At flyweight, No. 4 ranked Alexandre “The Cannibal” Patonja (21-3, fighting out of Rio de Janeiro, Brazil) faces No. 10 ranked Matt “Danger” Schnell (13-4, fighting out of Amory, Miss., USA). The Ultimate Fighter top pick Patonja has shot up the rankings in short order, and intends to bounce back from a decision loss in a battle with Deiveson Figueiredo that won Fight of the Night honors in July. Schnell is a tough submission specialist who has mounted a four-fight win streak capped off by a Performance of the Night Award at August’s UFC on ESPN 5. 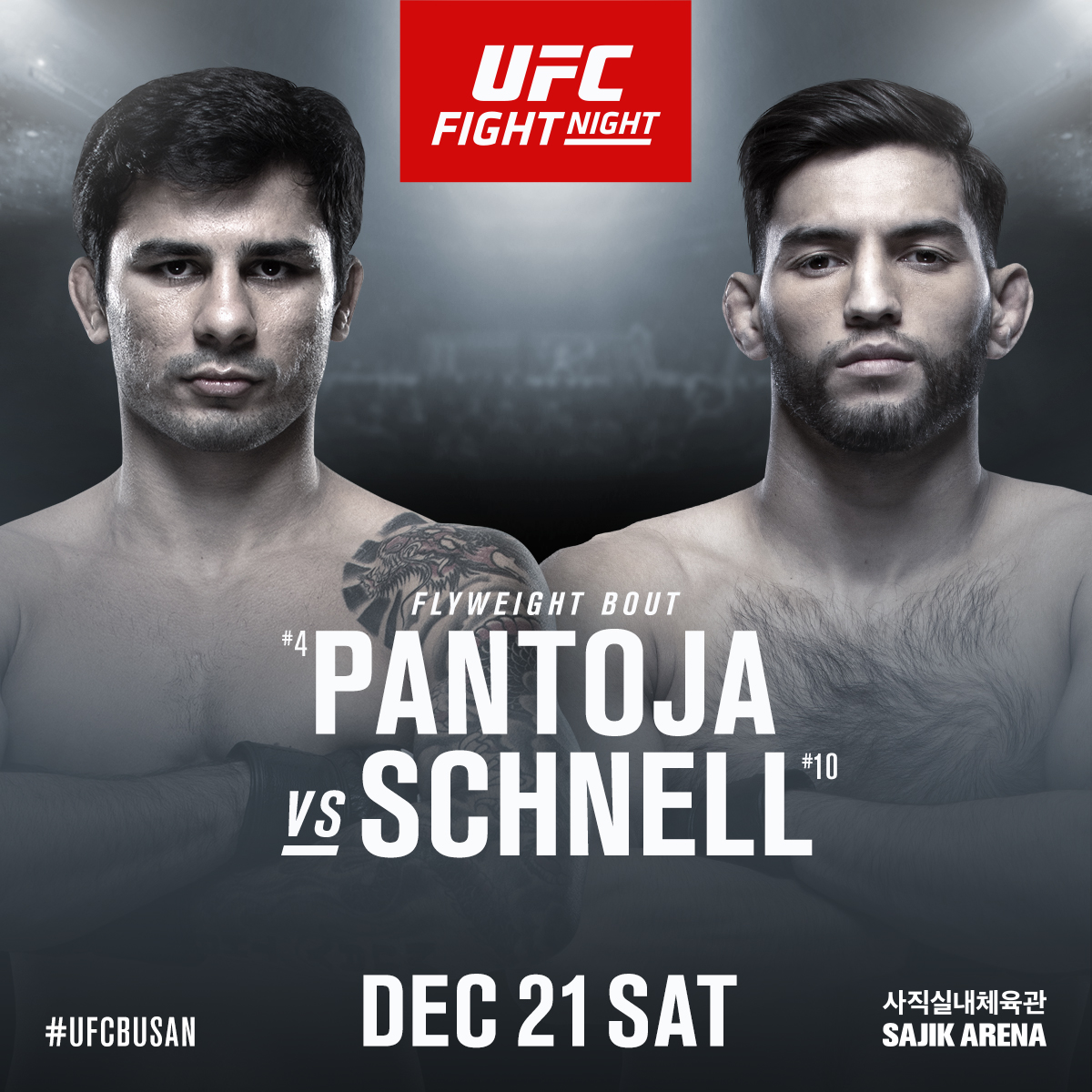 In the light heavyweight division, No. 7 ranked Volkan Oezdemir (16-4, fighting out of Fribourg, Switzerland) takes on No. 10 ranked Aleksander Rakic (12-1, fighting out of Vienna, Austria). Former contender Oezdemir is a knockout artist looking to build himself back into contention after a Performance of the Night win over Ilir Latifi at UFC Uruguay in August. Young prospect Rakic is on a four-fight win streak that includes a lightning head kick KO of Jimi Manuwa for a Performance of the Night bonus at UFC on ESPN+ 11 in July.

Kevin Chang, UFC’s Senior Vice President of Asia Pacific said, “We’ve been eyeing a return to South Korea since our sold out event in Seoul, and we are thrilled to kick off UFC Fight Night® Busan by announcing two ranking fights. Alexandre Patonja versus Matt Schnell and Volkan Oezdemir versus Aleksander Rakic feature four fighters in the top ten of their stacked divisions. Korea has a rising talent pool of fighters as well as established stars, and our fans can expect some big announcements in coming weeks.”

UFC Fight Night® Busan is making its second appearance in South Korea after UFC Fight Night Seoul in 2015. South Korean fans can expect an exciting card for an action-packed event promoted by Eclat at the Sajik Arena on December 21.