UFC: Anthony Pettis speaks out about his troubles 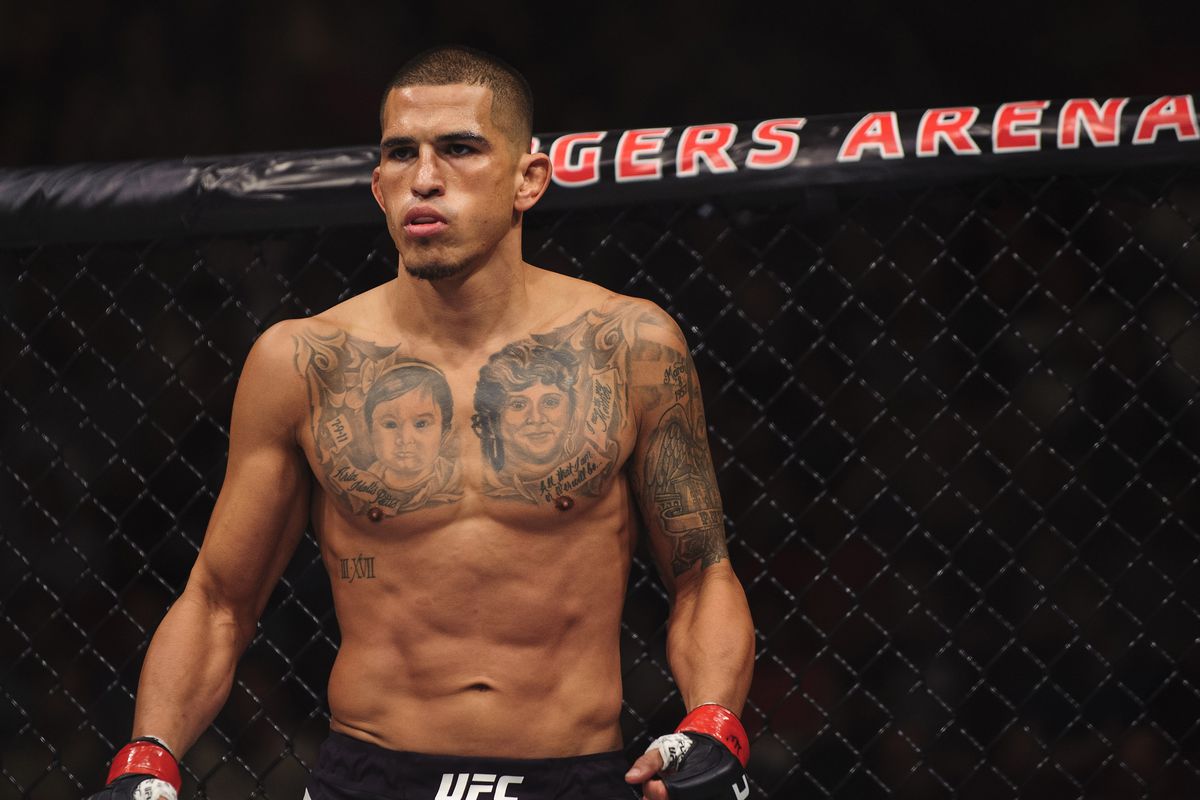 Combat sports and MMA in particular, is considered to be the most unpredictable sport in the world. Over the years, MMA has had some very high-profile sudden declines that no one could have predicted. Such has been the story of Anthony ‘Showtime’ Pettis. He became the UFC lightweight champion and had the whole world at his feet. However, his career soon faced a downward spiral. Since his victory over Gilbert Melendez, he has lost six fights and has won just two. In a recent interview, Pettis spoke about his recent injury troubles and other problems which have affected his career.

The former UFC and WEC lightweight champion, recently made an appearance on MMA Fighting’s, The MMA Hour. On the show, he talked about his injuries and also claimed that he isn’t interested in being a ‘gatekeeper’. Here’s what he had to say:

I’ve had some injuries in my fight career, but it was kinda just a dumb error, I didn’t clear the body triangle, I tried to twist out and I tore the cartilage in my ribs, so it was like a shock. I felt the pop and then I just didn’t know how bad it was until after the fight when I got x-rays.

It probably was [one of my worst training camps], That bad. There was a lot of personal stuff that was going on in that camp that, it threw my mental off.

Any little errors in your camp can reflect in the fight and that’s what happened, I think. I’ve been fighting for a long time, so I’ve known training camps don’t always go as planned but you try to make it as smooth as possible. That one wasn’t.

Honestly, I’m the biggest critic of myself, [more so] than anybody [else] is, Everybody’s opinion is what they see in fights. They don’t see my training camps. They don’t see the stuff I go through to get to these fights. For me, even the (Jim) Miller fight wasn’t a great performance. I mean, I did well. It wasn’t the best performance. I just feel like it’s kind of a mental [issue].

Previous article
WWE: Details about WWE’s decision to clear Daniel Bryan for in-ring competition.
Next article
UFC: Tyron Woodley claims Floyd Mayweather will hold his own inside the octagon