UFC: Anthony Pettis vs Michael Chiesa expected to be rebooked for UFC 226 in July 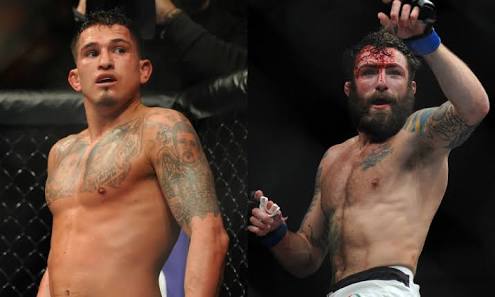 Earlier in the day UFC slated to rebook another fight between former UFC lightweight champion Eddie Alvarez and #4 ranked contender Dustin ‘the Diamond’ Poirier. The UFC clearly has shown their intention to focus on the already stacked lightweight division. (via Twitter):

Anthony Pettis vs. Michael Chiesa is now slated to be rebooked for UFC 226 on July 7, multiple sources confirm.

Chiesa and Pettis were expected to meet at the infamous UFC 223 card in April. However just two days before the event, after the media day as the fighters were boarding their buses to return back to their hotel, the Notorious one arrived.

Conor McGregor along with 20 other men stormed into the Barclays Arena in search of arch rival and current UFC lightweight champion Khabib Nurmagomedov. Nurmagomedov had a heated moment with featherweight McGregor’s teammate Artem Lobov who was fighting on the same card which led to McGregor’s actions. McGregor threw a dolly at the fighters bus, which led to Chiesa getting a cut on his forehead. The commission did not allow Chiesa to fight which led to his withdrawal and the fight being scrapped.

Former lightweight champion Anthony Pettis is having a rough patch lately. After losing his title to Rafael Dos Anjos, ‘Showtime’ is 2-4 in his last 6 fights. Pettis also moved to featherweight where he  had a record of 1-1. After losing to current featherweight champion Max Holloway, he returned back to lightweight due to problems in cutting weight. Pettis is 1-1 in his return back lightweight. In his last fight Pettis fought Poirier in November. He lost the fight via TKO due to a rib injury.

Both the fighters would like to get back on winning ways.

UFC: Brad Tavares vs Israel Adesanya set as a main event for TUF 27 Finale in July

Previous articleIndian MMA: Sumeet Khade announces return date, will fight in ACB
Next articleWWE: The Rock and John Cena to team up for a film