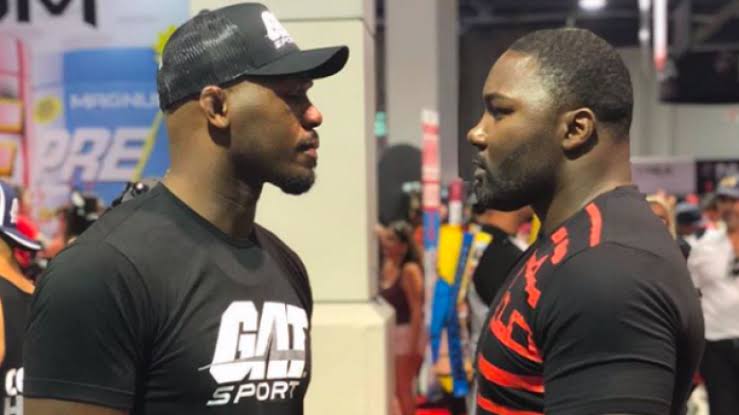 For an iconic division like light heavyweight, it’s a shame that we fans never got to see a scrap between multiple time title challenger Anthony ‘Rumble’ Johnson and champion Jon Jones.

However that might as well be materialized as Johnson has shown interest in fighting Jones at light heavyweight. Barring the negotiations, another problem being Johnson getting too heavy for light heavyweight after around three years of hiatus (reportedly around 245 pounds). However Johnson claimed he’s ready to get a bit lighter and water cut his way to fight Jones.

“We’ll make it happen if I get low enough,” Johnson said. “We’ll fight at 205. That’s a fight I wanted. I think Jon wanted that fight too, before everything happened. That situation, which, it’s over with, it’s in the past. When we see each other there’s no animosity between each other. We show each other love, you know what I mean? But that was a fight, that’s why I went up to 205, man.”

Johnson and Jones were slated to fight at UFC 187 back in May 2015. However in April 2015, Jones was indefinitely stripped which led to a title fight between Johnson and Cormier. Last time Johnson fought was a rematch against Cormier at UFC 210 in 2017.