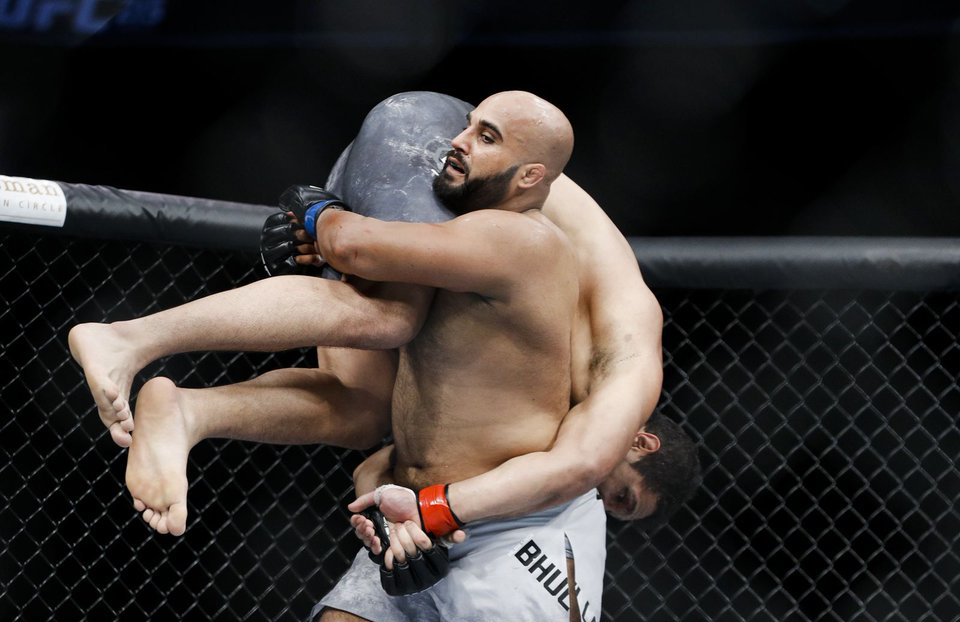 Arjan Singh Bhullar, the hope of more than a billion people in India, will be making his much awaited return back to the octagon tonight vs 6’5 Adam Wieczorek. Bhullar, who was born and raised in Richmond, British Columbia, Canada traces his roots back centuries to native India.

April 14- Vaisakhi- The birth of Khalsa 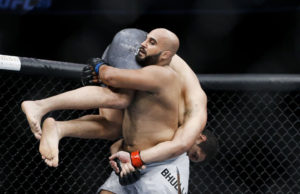 For people who are not much aware of Bhullar’s background. He is a proud Sikh and April 14 happens to be the most auspicious of days for the religion. April 14 is considered the birth of Khalsa (Pure in Punjabi) and celebrated as a national holiday in India called Vaisakhi. The Khalsa is the name given to people who have been initiated into the group as Sikh warriors. The Sikhs have historically defended India from warring nations and tribes through the north of the country. The Khalsa have a strict code of conduct and dressing. They usually wear a turban(traditional head wear), a steel bracelet and carry at all times a kirpan (a sword or a holstered knife). Another part of the code is to give all initiated male Sikhs the middle name Singh, and thus Arjan Singh Bhullar.

“April 14th was the date that middle name, Singh, was given to us; all the men. Kaur for all the women. That is unique for us compared to any other person on this planet. We are all connected because of that and, even more, I am connected to the people throughout our history; generations before me, because of that.”

Happy #Vaisakhi to all my people around the world. Tomorrow I do my part to honour our history as warriors and show the world how Singhs get down on the battlefield 👊#OneBillionStrong pic.twitter.com/YKMaN19BSl

The UNDEFEATED Arjan Singh Bhullar will be strutting his turban and bracelet on his walk down to the octagon tonight, but this is more than Sikh traditions.

The hope of a billion strong people

Arjan Singh Bhullar is the hope of more than a billion strong people who have found feeble success in this sport. India is generally considered a ‘cricket-country’ and the word sport revolves around that particular game. Although India has a rich history in traditional wrestling (Kushti, Pehlwani or Malla-Yuddha) and Boxing, it has not translated into MMA success on the international scene.

The country even-though has found minimal success at the Olympics has medal-ed in wrestling as well as boxing. Both of these martial arts are considered as cornerstones in modern mixed martial arts. India’s wrestling takes its roots back to many millennia in the past. It has been mentioned in the Ramayana and the Mahabharatham.

Bhullar(7-0), an Olympian, a Common Wealth games Gold medalist and Pan-American games bronze medalist is not a newcomer when it comes to pressure. The country of India needs a hero to look up to if MMA is to be a prominent sport there, and Bhullar could be the man.

“It’s all coming together for that April 14th fight. It’s a holiday, my lineage, everything wrapped into one. I’m excited to be able to tell that story through this fight and through that platform.”

When Arjan Singh Bhullar takes the walk down to the octagon in just a few hours, it wont just be about traditions and religion, it will be the weight of a billion people.

UFC: Arjan Bhullar reflects back at ‘phenomenal’ 2017, his thoughts on entering the octagon wearing a turban and much more.