UFC: Bantamweight John Linekar calls out Conor McGregor because everyone else is ducking him 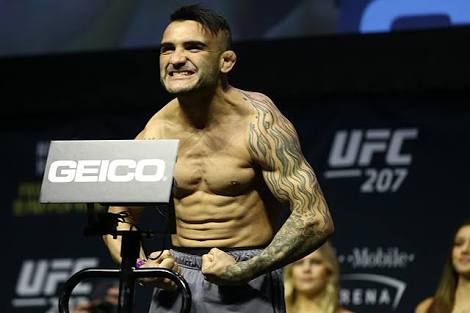 Keeping in mind the stacked nature and picture of the bantamweight division, former champ Dominick Cruz, former WSOF champ Marlon Moraes and Raphael Assancao are next in the line for the title. Another possibility is a champion vs. champion super fight, which has flyweight champ Henry Cejudo as a remote option for Dillashaw.

After losing to champ T.J. Dillashaw at UFC 207 back in December 2016, Linekar is on a two-fight winning streak. Under the context, that is certainly not enough. However according to Linekar, he’s not even getting a chance to get into the title picture as no contender is ready to sign the dotted line to fight him.

Linekar is 6-1 since moving upto bantamweight. A frustrated Linekar has now decided to opt for someone who he believes, won’t back down from the challenge, former featherweight and lightweight champion ‘The Notorious’ Conor McGregor. (via Twitter):

I am feeling lonely! No one wants anything to do with me! I am going all the ways up stairs to hit up Connor! At least he doesnt choose and pick opponents!@danawhite @seanshelby @Alexdavismma @TheNotoriousMMA

Interestingly Linekar, who has earlier fought at flyweight, has decided to move up two classes to fight Conor. Obviously a bit exaggerated, that specifies his desperation for a fight. Linekar was ready to move upto featherweight as well to fight Zabit Magomedsharipov at UFC 228 before Brandon Davis decided to save the day.

Previous articlePhotos : The Pearl Gonzalez Story
Next articleAli Abdelaziz boasts about his fighters….gets ROASTED in the comments section