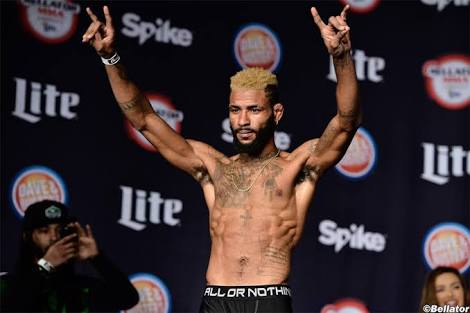 Caldwell in an interview with MMA Fighting said,”I’ve always had aspirations of training at Alliance,so I’ve always known once that I have got into the sport that those filled guys at 135lbs,145 lbs are world class,Eric Del Fierro is a world class coach.”(via YouTube):

Talking about the time he started training Caldwell said,”Initially I was at Power MMA with Ryan Based,CB Dolloway,Seth Baczynski.Seth always told me that hey you should go to Alliance to check it out,you and Dominick Cruz are gonna be a good fit,obviously I knew who he was so I felt like if I could just get a chance to come in train with these guys,definitely Dominick Cruz,it’ll take my game to the next level.”

Caldwell said that he actually sent a direct message to Cruz,and became an instant fan after watching him fight Faber the second time at UFC 199.

Talking about Cruz Caldwell said,”Being around this guy inside and outside the training, he’s an MMA Encyclopedia, he can break the things down like nobody else and having him and Eric in my corner is a huge up sign.I don’t look at him as a competition as I do before I got here,now I look at him as guidance,if I need help I can look to Dom,I know that our paths would probably never cross in this lifetime, hadn’t I been for MMA so I’m extremely grateful being in the presence of a Champion who knows pretty much the ends and outs of every position,every scenario you gonna be in,it just takes it to another level.”

Boxing: Kovalev vs. Mikhalkin and Bivol vs. Barrera on HBO this Saturday