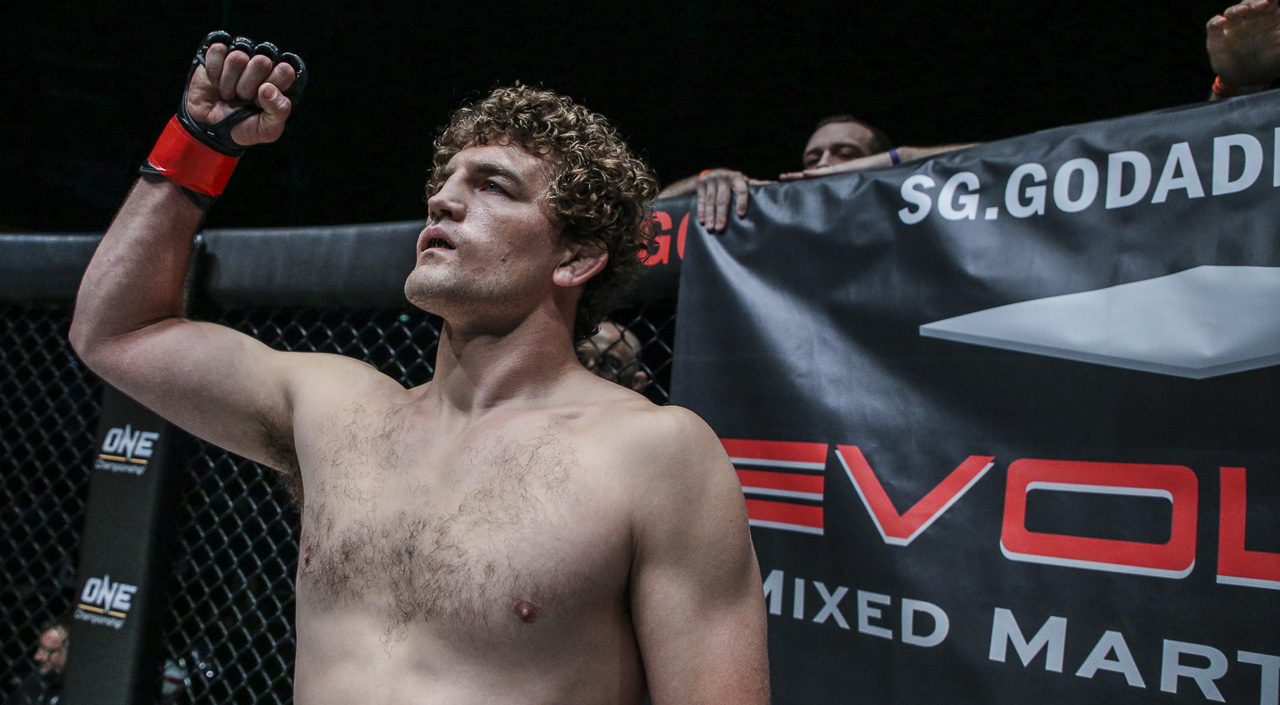 It’s been a couple of months since Ben Askren announced his retirement from Mixed Martial Arts. The Welterweight star retired undefeated from the sport but he has been open about potentially fighting in the UFC.

Now, Askren has come out with some bold statements. The former ONE Championship fighter appeared on the MMA on Sirius XM recently and during the appearance, he went on to tag Nate Diaz as ‘Mediocre’ and even fired some shots at Conor McGregor.

“Nate Diaz sucks. I mean, yeah. [Conor] McGregor is barely the best in the world. I mean, the guy beat up Nate Diaz barely a couple of times and Nate Diaz himself is a very mediocre UFC fighter,” Askren said. (Transcribed by BJPenn.com)

He then went on to explain the reasons behind calling Nate mediocre as you can read below.

“There is no way you can argue that sentiment because all you have to do is look at [Diaz’s] record. The record shows he’s a very middle-of-the-road UFC fighter, he’s a 500 guy. He wins half, he loses half. Sure, he’s had some good wins, but he’s also had some terrible losses.”

Askren further noted that although a potential fight with Conor McGregor would be a huge draw, he prefers to fight Georges St. Pierre. Also, Askren underlined the fact that it would be a bad idea from McGregor’s side to pick up the fight.

“And you know McGregor, he lands a couple of good punches against Eddie Alvarez. Is he good? Sure, but I’d like to see him defend his belt, he’s never defended his belt ever. But sure, if McGregor wanted to fight me – I don’t know, is he the best in the world? I guess since he’s got the belt. Sure, if he wanted to come up and fight me, that’d be fine. He knows that’s a terrible idea, I know that’s a terrible idea. He’s not gonna do it. Let’s just stick with the game plan and go with Georges [St-Pierre].” He concluded.

The 33-year-old has an 18-0 record to his name with his last win coming up against Shinya Aoki via a first-round TKO.

Previous articleUFC: Paul Heyman comments on the potential UFC return of Brock Lesnar
Next articleUFC: Dan Hardy hints at a 2018 comeback to fighting