UFC: Ben Askren calls out Darren Till…and learns that you don’t mess with the Gorilla 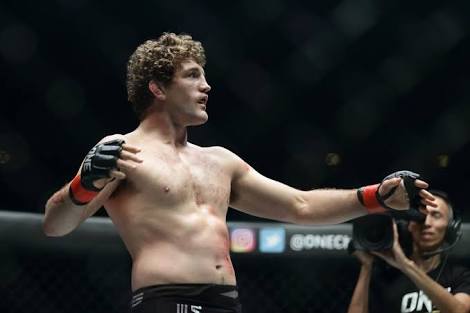 In a monumental event, the biggest trade in the entire history of the sport is about to take place as UFC will swap the contract of former UFC flyweight champion and longtime #1 pound-for-pound fighter, Demetrious ‘Mighty Mouse’ Johnson, to in turn receive former ONE FC welterweight champion, Ben Askren.

Johnson will hence end up under the ONE FC banner. Ben Askren is an undefeated (18-0), former two-time champion to hold belts in ONE FC and Bellator. Askren was an amateur wrestler before making the switch to MMA. He uses his wrestling roots to dominate and run through each and every opponent along the way.

Askren always considered himself to be the best welterweight on the planet. However, that title cannot be materialized until Askren tested himself under the UFC banner. With negotiations underway, Askren does not want to waste any time to find himself a suitable opponent.

Askren has called out numerous fighters against whom he wishes to make his UFC debut including current lightweight champion Khabib Nurmagomedov, interim welterweight champion Colby Covington, fan favorite Nick Diaz. Askren also exchanged in Twitter wars with Mike Perry and Jorge Masvidal. Askren then went on to call out former UFC welterweight title challenger Darren ‘The Gorilla’ Till. (via Twitter):

Hey @darrentill2 you feel like going on a losing streak?

Till, recently at UFC 228 in September was handed the first loss of his professional career by champion Tyron Woodley. With Till having aspirations and even hinting a move up to middleweight, the matchup against Askren does seem skeptical. However, the ‘Scouser’ isn’t backing up from the challenge as he took to Askren with a tweet of his own. (via Twitter):

Who the fuck are you ? I’ve had one loss don’t be thinking your gonna come over here and ruin everyone, trust me I would knock the curly hair out your head you hillbilly. https://t.co/ba9IvXu92t

Till believes Askren is a big mouth who talks ‘horse shit’. (Twitter):

Ben all I do is chat absolute horse shit askren

Michael Chiesa proposes 4-way Welterweight tournament to decide the GOAT….and Covington is in it?

Previous articleIt’s Official: Gunnar Nelson Vs. Alex ‘Cowboy’ Oliveira added to UFC 231 on December 8
Next articleAbdul Muneer : The Friday Fighter of the week