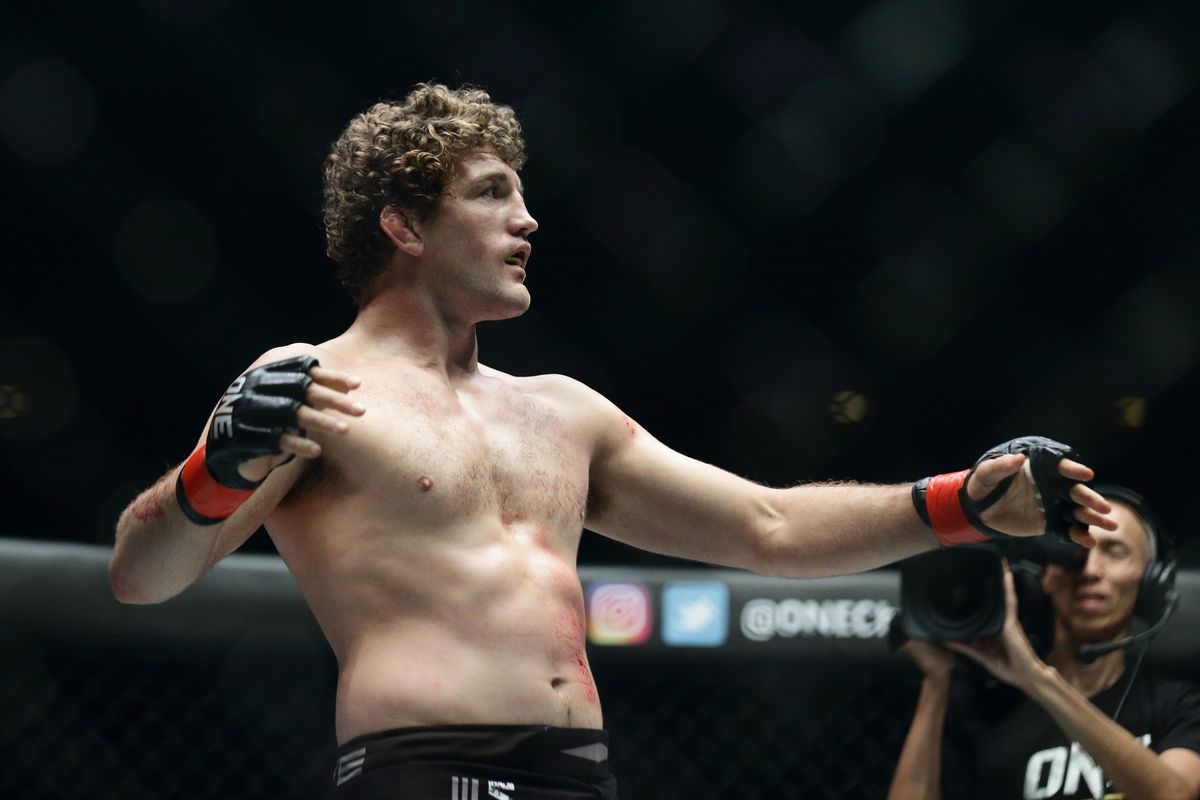 Ben Askren seems to be pushing his case hard for a potential fight with former UFC champion Georges St. Pierre. Askren, who recently appeared on the MMA Hour, had some strong words for GSP and seemed ultra-confident about a potential match between them.

The former ONE Welterweight champion also mentioned that the fight might happen in 2019.

“All you need to know is that in 2019, I’m going to go to Montreal and I’m going to fight GSP at the Bell Centre. I will beat up GSP, and I will have somewhere around 20,000 Canadians booing me, and it will be a fantastic sight to see.” He said.

Askren then went on to predict the way in which he would finish GSP and said that he will mentally break the Canadian.

“He’s used to being on top — he can’t get me off of top. If he does get a momentary glimpse of hope, I’m back on him, no problem. And in the fifth round, he mentally breaks and he says, ‘I can’t do this anymore, I’ve never been in this position in my life,’ and he let’s me finish him.”

The 33-year-old Askren retired undefeated last November with a perfect record of 18-0 to his name. He is considered to be one of the biggest names that haven’t fought in the UFC.

While he had his plans laid out for GSP, Askren was appreciative of how GSP is a real martial artist.

“At the end of the day, in his heart, he’s really a martial artist, and most martial artists appreciate what I’ve done in MMA. While it may not have been the flashiest or the most creative, I brought a very unique skill set and I executed in a fashion that very few have done before me, and I think very few will do after me,” Askren said.

Askren last fought back at ONE Championship: Immortal Pursuit where he stopped Shinya Aoki. Though it was advertised as his retirement fight, Askren has been showing interest in returning to the cage.

Previous articleUFC:CM Punk will fight on the UFC 225 card in Chicago
Next articlePaul Felder is getting ready for a showdown against Al Iquinta at UFC 223