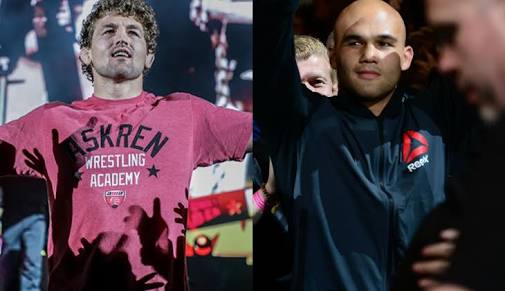 Former Bellator and ONE FC welterweight champion Ben ‘Funky’ Askren’s highly anticipated UFC debut might as well have an opponent, a date and a location. 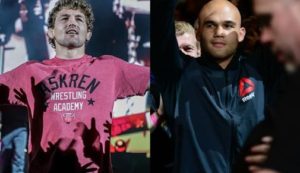 Breaking: Ben Askren vs. Robbie Lawler targeted for UFC 233 on Jan. 26 in Anaheim, per Dana White. Contracts are not signed yet from what I'm told, but UFC is working on getting it finalized. Story up soon on @ESPN.

In a monumental trade, Askren was swapped for former UFC flyweight champion and longtime #1 pound-for-pound fighter, Demetrious ‘Mighty Mouse’ Johnson, who will end up in ONE FC.

Ben Askren is a former two-time champion to hold belts in ONE FC and Bellator. Askren was an amateur wrestler before making the switch to MMA. He uses his wrestling roots to dominate and run through each and every opponent along the way.

Askren wasted no time in calling out numerous fighters against whom he wishes to make his UFC debut. In an ideal world, Askren would want to fight the legendary Georges St-Pierre followed by Khabib Nurmagomedov. However Askren also called out the likes of Diaz Brothers, Colby Covington and Darren Till. Askren also mentioned the names of Stephen Thompson and Robbie Lawler as they are currently available. Askren always considered himself to be the best welterweight on the planet. However, that title cannot be materialized until Askren tested himself under the UFC banner. A win over a former champ would certainly mute the doubters.

Lawler on the other hand is recovering from a knee injury he suffered in his last fight against former lightweight champion Rafael Dos Anjos back in December 2017. He would like to get back into winning ways.

UFC: Ben Askren calls out Darren Till…and learns that you don’t mess with the Gorilla