UFC: BJ Penn reveals that there’s one fight he cannot turn down 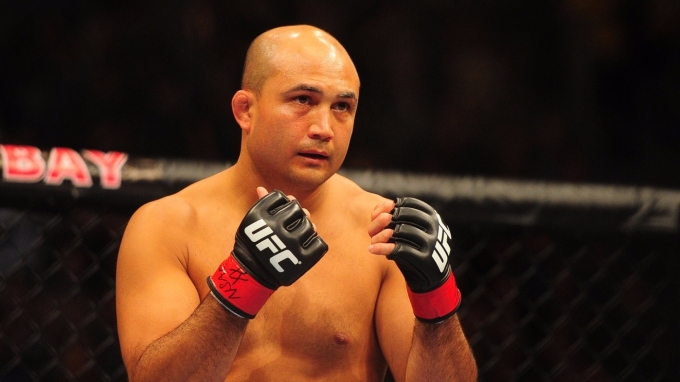 BJ Penn hasn’t fought in the UFC for nearly a year. Penn’s last fight in the promotion came back at UFC Fight Night 112 on June 25, 2017, where he suffered a majority decision loss to Dennis Siver. It was Penn’s fifth straight defeat with him losing to the likes of Yair Rodriguez, Frankie Edgar, Rory MacDonald and Nick Diaz prior to it.

In fact, Penn’s last win in the UFC came back in 2010 when he stopped Matt Hughes. Despite being on a five fight losing streak, Penn is as confident as ever. However, he does not have any plans to push for a fight. But there is one fight that he cannot turn down.

“I wouldn’t go around talking to the UFC and asking them to get me a fight somewhere, but if something happened and the UFC came to Hawaii. I’m still young enough to do it. I don’t see how I can turn that particular fight down.” Penn noted. (H/T MMA fighting)

UFC Hawaii will be unbelievable

At the same time, Penn knows that he might not feature in the card after all and he is completely fine with the possibility,

“That would be unbelievable. You see all kinds of rumors and stuff and the last time I was in Vegas I saw the MMA commission from Hawaii and someone representing Aloha Stadium up there so it’s interesting. I would love to see something happen. It would mean everything. Like I said though, I’m not even fighting so maybe I just sit back and watch.” The 39-year-old added.

Previous articleUFC: Robert Whittaker opens up about pulling out of the Commonwealth Games
Next articleUFC: Frankie Edgar is eager to outdo himself against Cub Swanson