In 2016, the world lost Kevin Ferguson aka Kimbo Slice, one of the greatest athletes of our generation, who we all watched improbably rise from backyard brawler to MMA superstar. Now, it looks like a biopic about his fascinating life, starring Winston Duke, is in the works. The film, currently titled Backyard Legend, also has Duke credited as an executive producer. No other casting announcements have been made 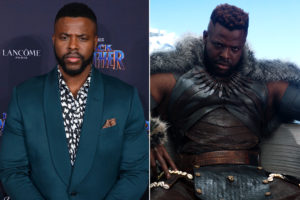 Slice became famous in the mid-2000s after his street-fighting videos went viral on Youtube. He was called “The King of the Web Brawlers” and eventually became an MMA fighter, even competing in the UFC on The Ultimate Fighter. He was a boxer for a short time before he died of heart failure at the age of 42 in 2016.

His last fight, a bout with Dhafir Harris at Bellator 149 was declared a no contest due to Kimbo failing his pre-fight drug test. His MMA license was revoked in the state of Texas and he was fined $2,500 for elevated testosterone.

Slice was scheduled to fight James Thompson in the main event of Bellator 158, on July 16, 2016, at London’s O2 Arena. He died just 10 days before the fight of heart failure.

Previous articleUFC: Brad Scott flagged by USADA for failed Drug Test
Next articleUFC : Michael Chiesa thinks he has never been more prepared for a fight than his upcoming bout at UFC 226