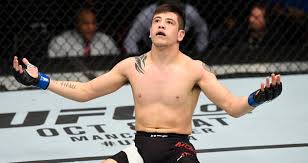 Conor McGregor claimed another victim with his antics at the UFC media day in Brandon Moreno. Brandon Moreno was supposed to fight former UFC title challenger Ray Borg, which got cancelled due to Conor’s bus attack which landed him in jail.

McGregor’s entourage which attacked the bus taking many of the UFC fighters to their hotels after the media day caused injuries to Michael Chiesa (cuts) who was supposed to fight Anthony Pettis and Ray Borg (corneal abrasions) which has resulted in both these fights being called off along with Artem Lobov’s fight with Alex ‘Bruce Leeroy’ Caceres. 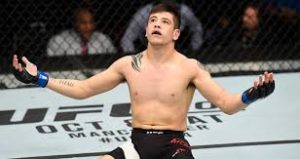 “My training partner and I were on the bus (not the one McGregor attacked) waiting to leave and suddenly we saw Conor running with a bunch of people behind him,” Moreno said. “We weren’t able to see well, but we clearly heard when the window of the bus was broken and everyone yelling and hitting the bus, so yeah, we saw absolutely everything.

Confirmation from the matchmaker

Moreno later got confirmation from UFC matchmaker Mick Maynard that his fight was off the UFC 223 card. He was also told that the status of his pay was still unsure.

“I’m seeing if we’re going to get paid or not,” Moreno said. “Right now I just finished my weight cut and I haven’t eaten anything. So until someone tells me something, I’m going to cut the weight and I’m going to show up tomorrow to weigh-ins and complete my obligation.”

“I don’t have a word right now, it’s probably something like disappointment and a little bit of sadness because I felt that this was the perfect scenario to shine,” Moreno said. “I had already done all my camp, I had already spent a bunch of money, I traveled to Las Vegas and spent a lot of money there. So for something like this to happen, it’s very sad because it wasn’t even Ray’s fault. It was because of a totally barbaric and irresponsible person that never realized that his whole act was going to get out of control. This is the worst.”

Previous articleWWE: Zlatan Ibrahimovic reported to appear at WrestleMania
Next articleWWE: Mark Henry pleads Owen Hart’s wife to let him be inducted into the Hall of Fame