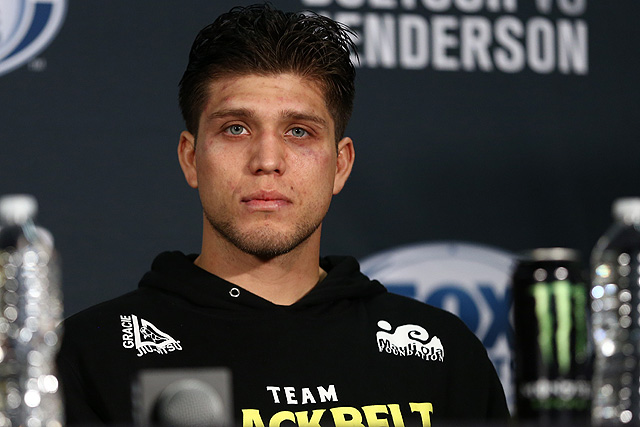 Brian Ortega has overcome more than adversity inside the octagon, but the hardest battle he has faced, could have been in the aftermath of his UFC debut versus Mike De La Torre. 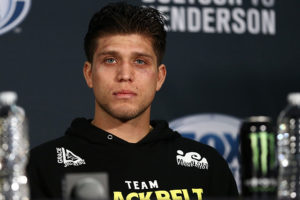 Brian Ortega failed his post fight drug test for the anabolic steroid Drostanolone. Ortega finally opened up on the drug bust to MMAjunkie.

“I’ll let people hate on me for whatever reason,” Ortega told MMAjunkie.

“For me it was something, I admitted – or, I publicly talked about it and said, ‘Yes, I did take something.’”

“It was an oral thing to make you cut weight. It’s almost Hydroxycut in a way. Or like fen-phen – remember that? I took that in order to help my weight cut, which every fighter hates weight-cutting.”

“But I never excused no matter what it is that I took. I took full responsibility for what is it, what I did, and I did my punishment.”

“I paid my time, and I continue with my life as anyone else does.”

Brian Ortega is all set to face featherweight champion Max Holloway in a much anticipated co-main event at UFC 226, next weekend.