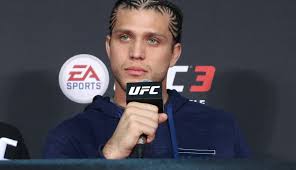 After the withdrawal of UFC featherweight Champion Max Holloway from the UFC 226 card, there have been a variety of theories ranging from concussion to a weight cut gone wrong given for his removal. UFC President Dana White has now said that water poisoning due to over consumption of water leading up to the weight cut may be the reason for Max’s worrying symptoms.

“We heard that he was water loading, which is super dangerous,” UFC President Dana White told Kevin Iole. “When you water load, and I didn’t know this for those of you out there that might not know, either, there is such thing as water poisoning. And you can actually drink too much water and die from it.”

Title challenger to-be Brian Ortega who was left without an opponent due to the Max Holloway’s pull out and his unwillingness to fight a replacement on 3 days notice has now called for a fight for the vacant (if Holloway is out for too long) championship as soon as possible, even willing to fight at UFC 227 in Los Angeles.

“From what I’m getting now, they said that Max might not fight for a long time, and he might not even fight 145,” Ortega told Ariel Helwani. “So I told them then, make the belt vacant and then I’ll fight whoever you guys want me to fight ASAP. I’ll fight them at UFC 227 here in Staples (Center in Los Angeles) but let’s get that situated.”

For now it remains to be seen what the champion’s next step would be and how long would he be out for.

UFC: Brian Ortega says he stands by decision not to fight replacement at UFC 226