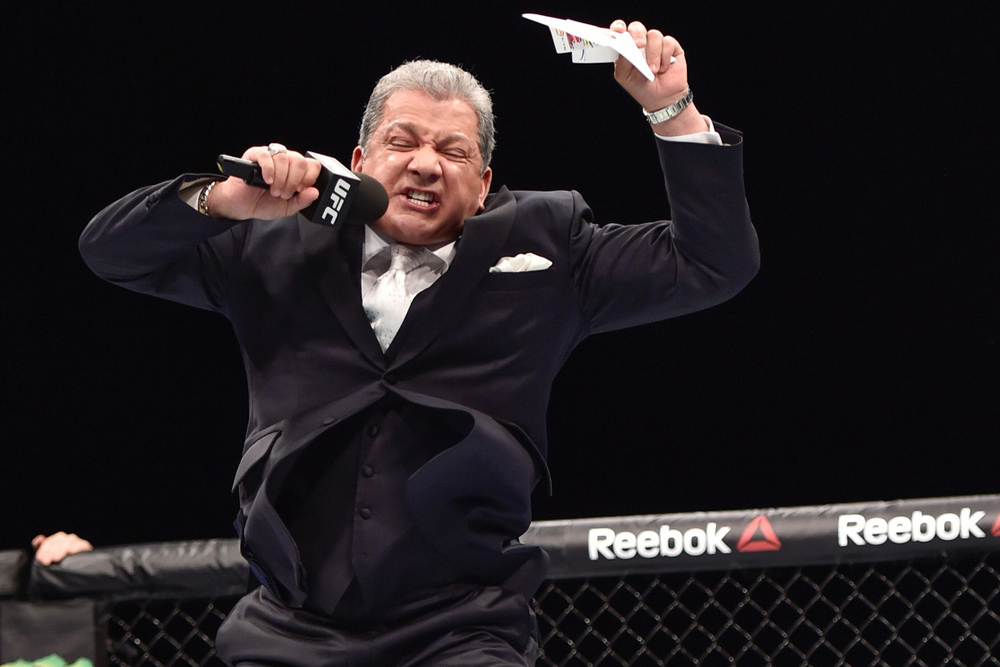 Many combat sports and MMA athletes have tried their hands at rather interesting things other than fighting. Some of them have gone on to try their hands and their fates in the world of pro-wrestling such as Ronda Rousey is currently doing with the WWE, others such as Josh Barnett, Quinton ‘Rampage’ Jackson, etc have also tried their fate in Impact Wrestling (which was formerly known as TNA). On the other hand, highly famous UFC colour commentator, Joe Rogan has also had a successful career as a stand-up comedian and even has his own Netflix comedy special. It seems like the popular UFC announcer Bruce Buffer is now on his way to a singing career.

Buffer, who is popularly known as “The veteran voice of the octagon”, is the half-brother of the famous professional boxing and the occasional professional wrestling announcer, Michael Buffer. He is also the President and CEO of their company, The Buffer Partnership. They are both grandsons of former boxing great Johnny Buff. Buff was a legendary bantamweight with a professional boxing record of 31-12-3-3.

The UFC announcer is highly popular for using catchphrases such as “IT’s TIME!” and many others. He was a Judoka growing up and holds a green belt in Judo. However, during his teenage, he became friends with two of Chuck Norris’ students who introduced him to Tang Soo Do. Tang Soo Do is a chinese mixed martial art which has combined several elements of Kung Fu, Wing Chun, Karate, etc. Buffer holds a 2nd degree black belt in Tang Soo Do. The popular announcer had started his Kickboxing career in his twenties, but was unfortunately forced to give up the sport at 32 after he suffered his second concussion.

Buffer recently made an appearance at The MMA Road Show podcast. He revealed on the podcast that he was soon going to release his own song on April 7th. He also revealed that his song will be in a collaboration with Steve Aoki.

UFC: Renan Barao on move to ATT changing everything

Previous articleBoxing- Irish Michael Conlan gets a Knockout Victory on St. Patrick’s weekend
Next articleUFC:Jan Blachowicz talks against his revenge over Jimi Manuwa,wants to fight Shogun Rua next