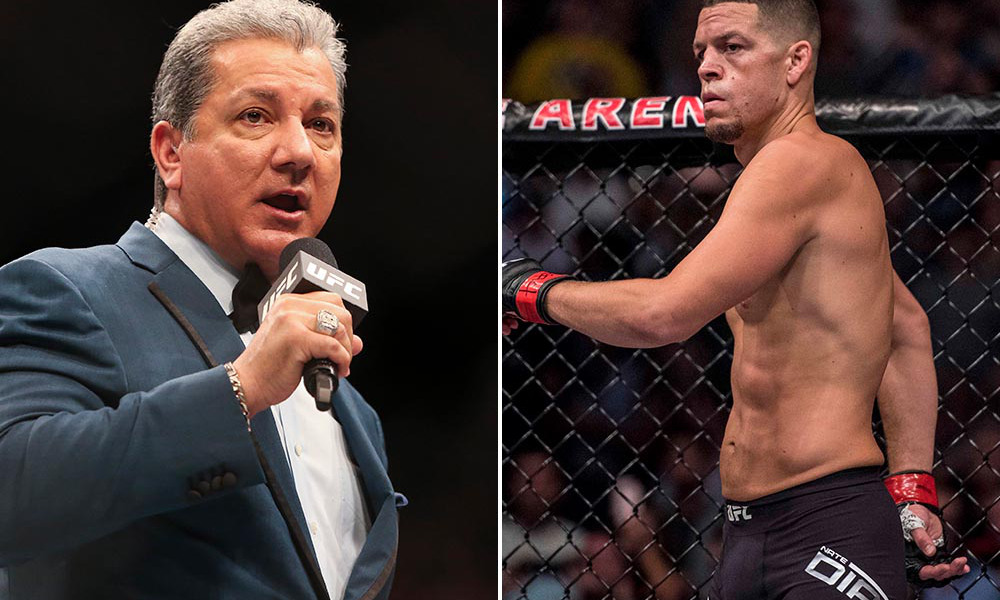 UFC Octagon announcer, Bruce Buffers usually looks like he’s a cool person to hang out with, but last night Buffers said something which may well have angered Nate Diaz, who is scheduled to fight Dustin Poirier at UFC 230 in the Madison Square Garden, New York.

A few weeks back, UFC held a press conference where Nate Diaz made his long-awaited return, but after the press conference was over, UFC President Dana White announced the biggest fight in the organization’s history which took Diaz’s Octagon return’s thunder away and he felt UFC wasn’t promoting him enough. 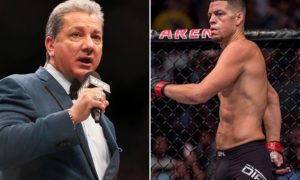 In a recent interview to TMZ, Bruce Buffers said:

“I love Nate, but he’s always got a bad taste in his mouth,” Buffer said. “Nate, I heard you made $7 (million) or more dollars on your last fight. I don’t want to hear you complaining about being underpromoted by the UFC.

“You should be thanking the UFC and bowing to Dana White every time you see him, (and) Ari Emmanuel, Patrick Whitesell. You’ve got $7 (million) or more dollars gross, before taxes, maybe much more – which I love knowing that you have, Nate. Please – I don’t want to hear any more.”

Nate Diaz last fought at UFC 202 in a rematch against his arch-rival Conor McGregor, where he lost a close decision to the Irish superstar. A win over Dustin Poirier could mean a trilogy with the Irishmen and another massive payday.

Previous articleUFC: Clay Guida refuses to press charges against Nate Diaz following a BRAWL at Combate Americas
Next articleUFC: Nate Diaz fires back at Bruce Buffers and tells him, ‘Get off the UFC nuts’