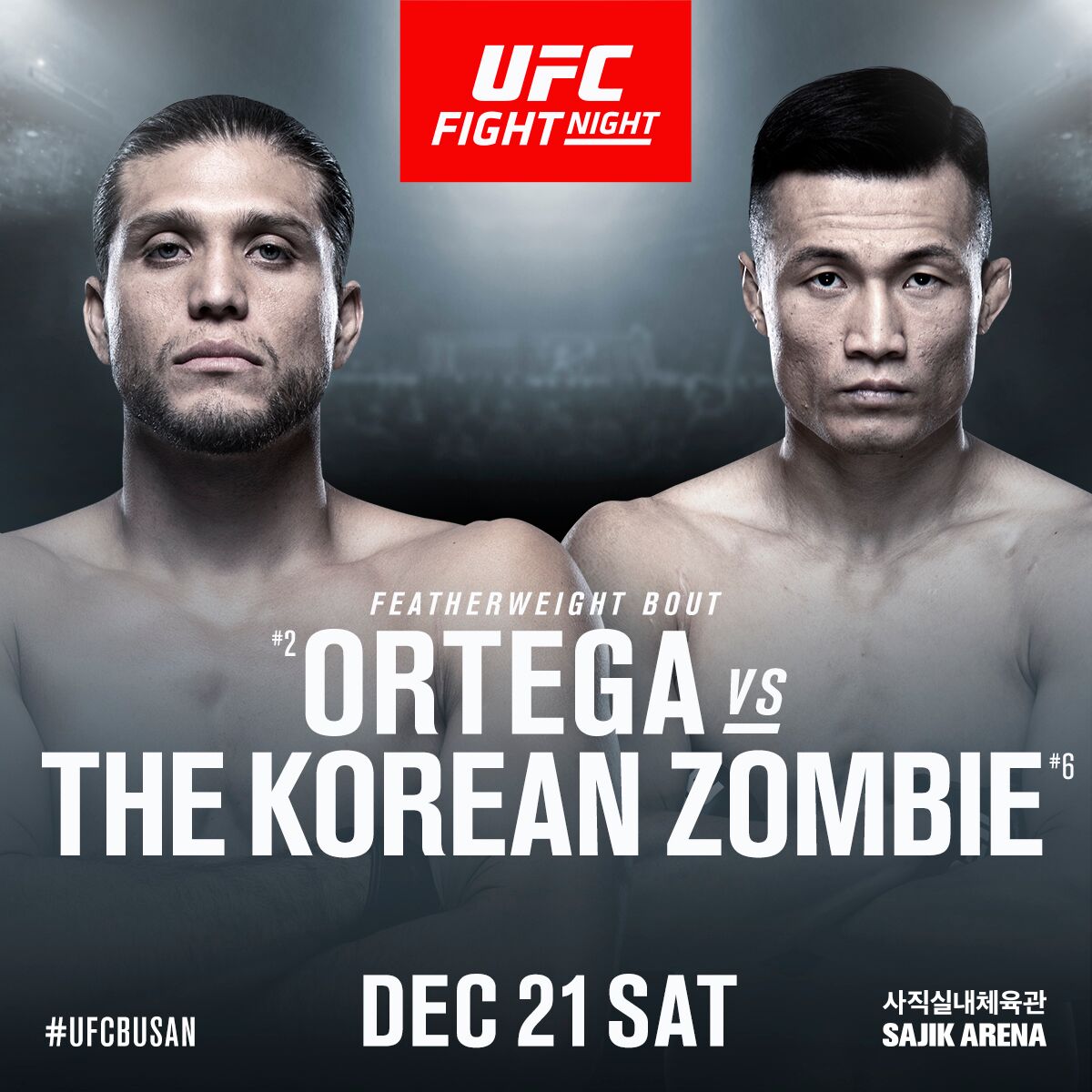 For the first time in UFC history, the promotion travels to Busan, South Korea and brings with it a highly anticipated featherweight main event as No. 2-ranked contender Brian “T-City” Ortega travels abroad in hopes of upsetting hometown hero and No. 6-ranked contender “The Korean Zombie” Chan Sung Jung. UFC FIGHT NIGHT: ORTEGA vs. ZOMBIE takes place Saturday, December 21 at the Sajik Arena.

Already claiming he’s the true zombie in UFC, Ortega (14-1, fighting out of Los Angeles, California, USA) steps back into the Octagon in December after a year on the sidelines following his war with UFC featherweight champion Max “Blessed” Holloway. A submission specialist who has finished his last six victories in a row, Ortega holds impressive wins over Frankie Edgar, Cub Swanson and Renato Moicano. Now, he looks to bounce back from the first loss of his career and prove he is still the top contender in the division.

Competing in South Korea for the first time under the UFC banner, Jung (15-5, fighting out of Seoul, South Korea) looks to remain undefeated while fighting in his home country. One of the biggest fan favorites on the roster, former title challenger Jung owns dominant first-round KO wins over Renato Moicano, Dennis Bermudez and Mark Hominick. Now, he aims to re-insert himself into the championship conversation by taking out top-ranked Brian Ortega.