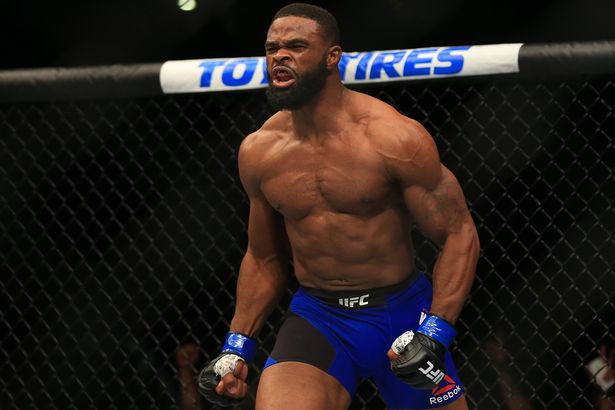 UFC welterweight champion Tyron Woodley has been wondering whether to get surgery for his injured shoulder for some time now. The reining Welterweight title holder has been trying to hold out for a super-fight, as Woodley has called out both George St-Pierre and UFC superstar Nate Diaz. That being said, Diaz has since turned down the fighter and St-Pierre has been stricken down with colitis and vacated his title.

Now Woodley has made up his mind. It’s time for shoulder surgery.
“I’m going to go ahead and get this shoulder repaired. I’ve been saying, ‘You know what, I don’t want to get it cut on, I don’t want to get it repaired.’ But if there’s no fight that really makes a ton of sense for me to take the risk, to not be 100 percent with my shoulder, then I’m going to go ahead and have it repaired. They’re not going to do a full orthopedic rehabilitation, but they’re going to do a scope and they’re going to anchor down some sides. Then I’m going to get some PRP (platelet-rich plasma), some stem cells. I’m doing everything.”