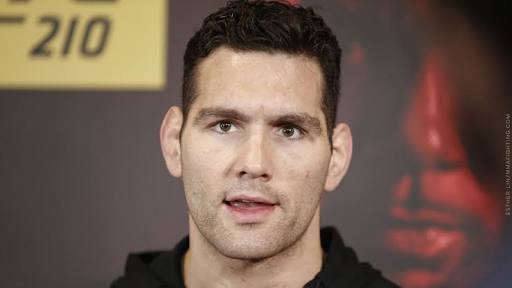 With UFC 225 right around the corner, former UFC middleweight champion, Chris Weidman tweeted showing his support for the former WWE superstar turned mixed martial artist C.M. Punk ahead of his welterweight match up with Mike Jackson.

The former WWE  veteran made his mixed artial art debut at UFC 203, back in September 2016 against Mickey Gall, a fight which he went on to lose via a rear naked choke in the very first round.

I believe you would use the word “mensch” to describe him! Great interview. Great character. How can’t you root for this guy? Don’t hate! I’m a fan. https://t.co/wcpwaAt7jH

The former Middleweight champion was on a roll after he became the first fighter to stop Anderson Silva, winning the middleweight crown which he successfully defended thrice, only to lose it to Luke Rockhold following which he went on a three fight losing streak  which ended with his win over Kelvin Gastelum. Of late he has been nursing a thumb injury which has been keeping him out of action, since his last fight on July 2017.

UFC: Megan Anderson thinks that she has nothing to prove at UFC 225

UFC: Tyron Woodley wants to fight at UFC 227, not concerned about opponent