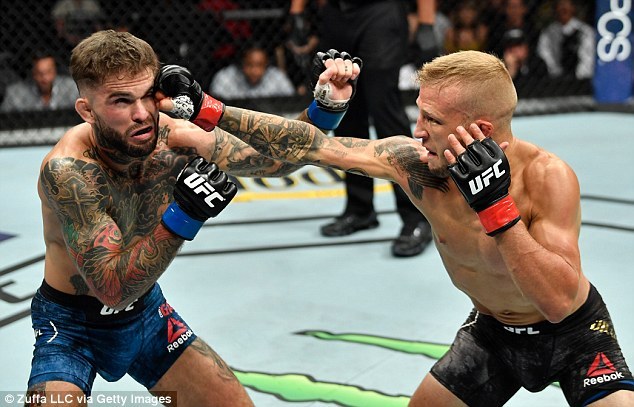 Cody Garbrandt broke his right hand in his first-round loss to TJ Dillashaw on Saturday night in Los Angeles.

Cody took on his arch-rival TJ Dillashaw in a rematch fight after he had suffered a third-round Knock out loss last year, but this time around the result of the fight didn’t change, instead this time the fight ended up quicker than the last time as TJ knocked out Cody in the first round itself. 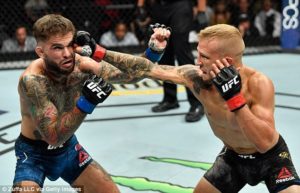 As if that wasn’t bad enough, Cody is also suffering from a broken hand and will be possibly out for the end of the year.

Garbrandt will face a potential six-month suspension for a broken right hand. He can avoid the maximum term if cleared by a physician. The one-time champ is also facing 45 days for the knockout loss.

Dillashaw was only given a seven-day mandatory suspension in a win. Meanwhile, co-main fighters Henry Cejudo and Demetrious Johnson also received only seven days.

Previous articlePhotos – The Kaitlin Young Story
Next articleUFC: James Vick claims Kevin Lee has turned down multiple fights with him