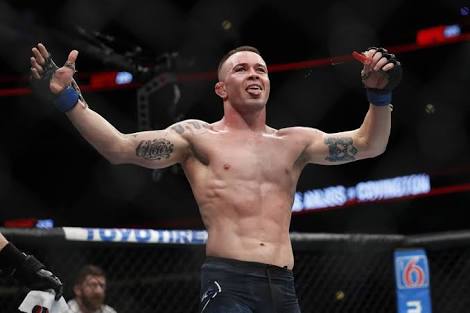 Former welterweight and middleweight title challenged and fan favourite Nick Diaz was slated to make his much anticipated return after a four year layoff against another gangster in Jorge ‘Gamebred’ Masvidal at UFC 235 on March 2.

Later on however Diaz made claims that he had never accepted the fight and the fight hasn’t been set on stone. A similar incident reportedly took place in October last year when UFC was in a quest to find a suitable main event for the iconic UFC 230 card in November.

To narrate the incident however was the man involved himself, interim welterweight champion Colby ‘Chaos’ Covington. Speaking with BJPENN Radio, Covington revealed that him taking on Nick Diaz was considered as a main event for UFC 230.

“Nick Diaz sure the hell don’t want to fight me,” Covington said on episode 108 of BJPENN Radio. “He got offered me in November at MSG but he’s a little bitch.”

Covington believes Diaz purposely gives an impression of him being interested in fighting only to keep his name in the headlines.

“He’s trying to keep his name in the headlines, get some media, get a couple of extra Instagram followers,” Covington claimed. “He ain’t here to fight man, he’s done, he’s washed up. He can’t even fight anymore. When’s the last time he got a win? Like last generation? Last decade? No one gives a fuck about him anymore. He’s out partying in Vegas, doing lines of coke, beating up chicks because he ain’t beating up no guys. That’s all he can do is beat up chicks. So we’ve got the little Stockton, little pussy, ain’t doing shit no more.”