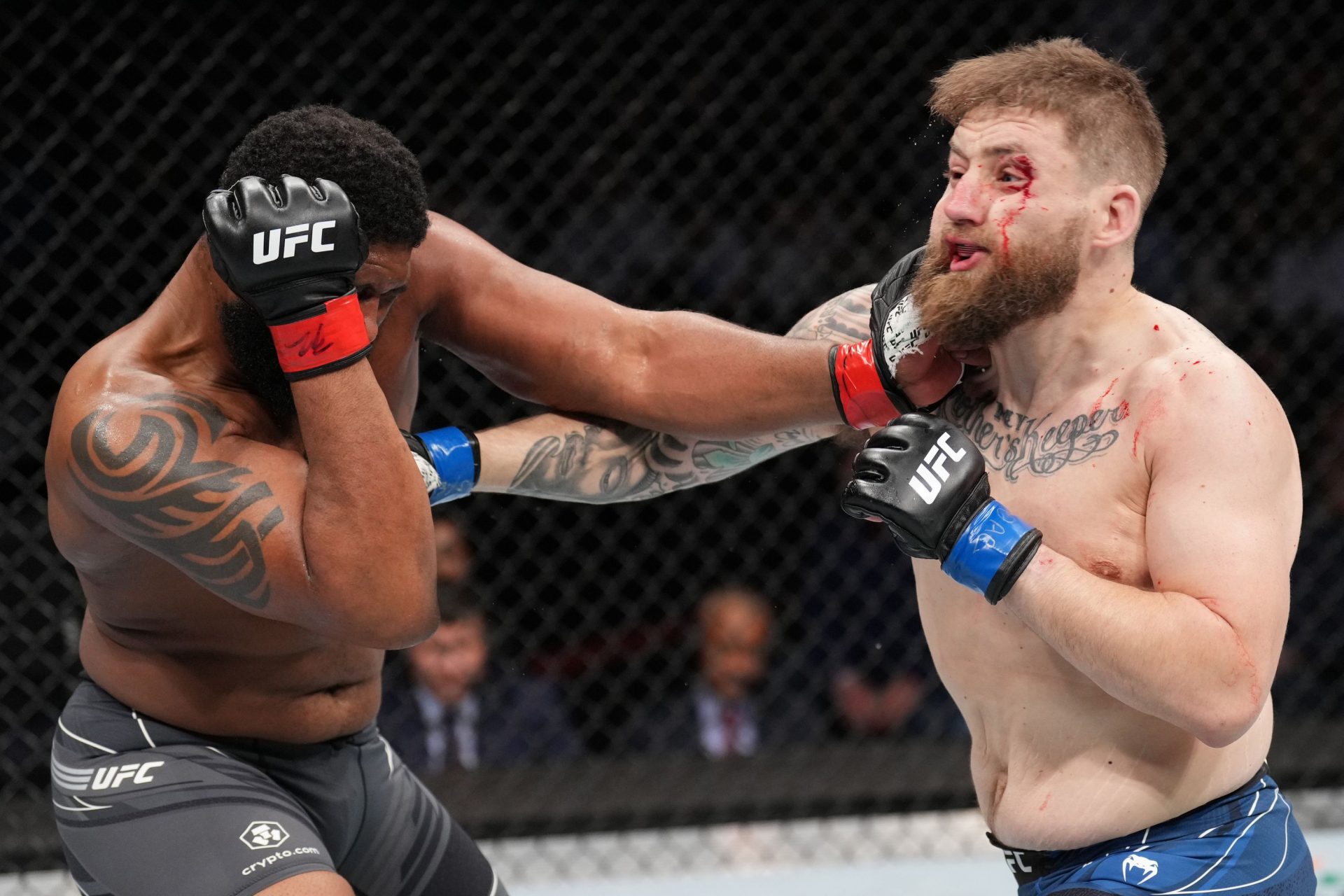 Curtis Blaydes landed a hard right hand which dropped Chris Daukaus and then ‘Razor’ went for the ground and pound until the referee stepped in to stop the fight.

Following the fight, Curtis Blaydes said that he wanted to fight for the interim title fight against Ciryl Gane.

“I think I deserve an interim title shot against [Ciryl] Gane,” Blaydes said. “I want next. I want the title shot. We can do it anytime this summer. June, July, August, I’m down.”

However, he also made a respectful callout to former two-time heavyweight champion Stipe Miocic who was also present in the attendance.