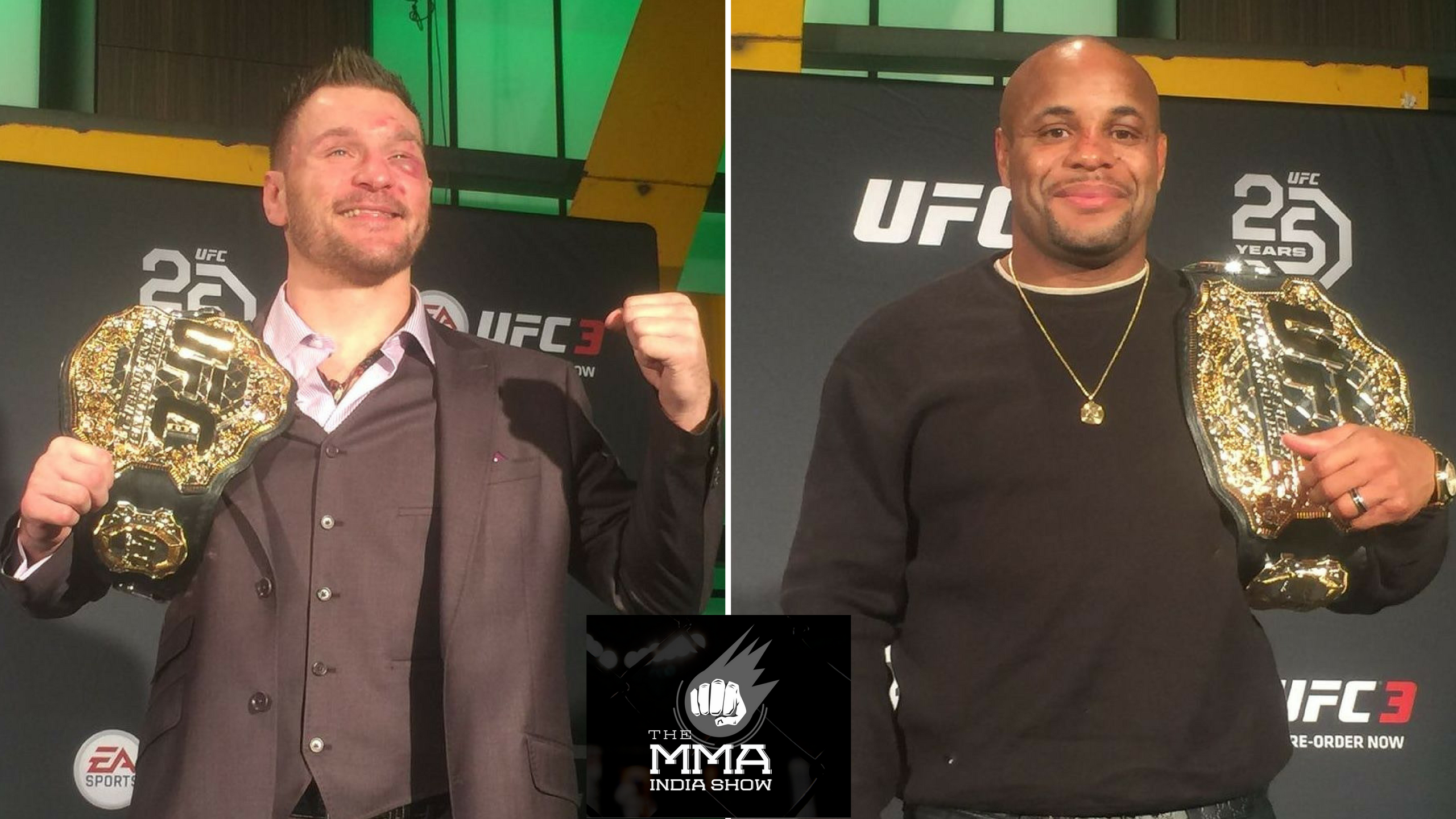 The UFC has confirmed Dana White’s wish list of a fight between Heavyweight champ Stipe Miocic and Light heavyweight champ Daniel Cormier for UFC 226 which will go down on July 7th at the T-Mobile Arena in Las Vegas. In the lead up to the fight,they will both coach The Ultimate Fighter 27.

Both champs defended their respective titles at UFC 220 with Stipe outsmarting Francis Ngannou over 5 rounds and Daniel Cormier getting his hands on Volkan Oezdemir and finishing the fight there.

Daniel Cormier has previously fought at heavyweight and has a 13-0 record there and also defeated Josh Barnett to become the Strikeforce heavyweight champ.

If Daniel wins he will become only the second UFC fighter (after Conor Mcgregor) to hold two belts over two weight classes at the same time. DC tweeted out his excitement even though at the UFC 220 post fight press con he was much more reticent about the fight when asked about it since Dana had mentioned setting it up.

What will be most intriguing about this fight is how both fighters relate to each other in the run up to the fight in The Ultimate Fighter since both seem to be amazing role models who only seem to talk negatively about their opponent when provoked, Stipe rarely then too.

This will seem to be one of those rare high profile UFC fights which will be all about skill rather then hype and bad blood.

You can read the UFC’S full statement on the fight and The Ultimate Fighter 27 here:
http://www.ufc.com/news/Miocic-Cormier-coach-The-Ultimate-Fighter

Previous articleUFC on FOX 27 Jacare vs. Brunson II: 4 Fights to Watch Out For
Next articleShould Alexander be angry at Stipe and Daniel hooking up?