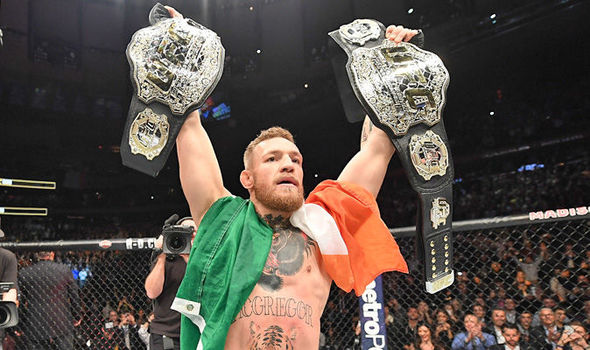 ‘The Notorious’ Conor Mcgregor could have been the first 3-division UFC champion, it seems, according to a Instagram post by the superstar.

Reporter Ariel Helwani had already broken the news back in March, that an interim title fight involving Conor and No. 1 contender Rafael Dos Anjos was being considered for the UFC 224 event in Brazil.

Rafael Dos Anjos and Conor were previously booked to fight for the lightweight title back at UFC 196, until Dos Anjos pulled out due to injury and Conor began his epic rivalry with Nate Diaz. 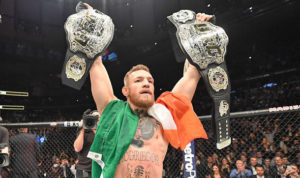 Conor all but confirmed the news in his latest IG post.

Made it to number 4 on the Forbes list this year. If I had of fought on the agreed May 12th bout in Rio De Janeiro, I would have surpassed Ronaldo and Messi to take 2nd place. Something came up however… Ah well, still under 30.

Conor is the first MMA fighter to ever break into the top ten Forbes rich list for athletes. He finished at 4th, only behind rival Floyd Mayweather, and football giants, Lionel Messi and  Cristiano Ronaldo.

Conor claims in the post, that he would have been 2nd, if he had accepted the fight at UFC 224.

In this post, McGregor confirms my report from last month that the plan, before Brooklyn, was to have him fight in Rio at 224. (Not mentioned, but the plan, as reported, was RDA for the interim title.) https://t.co/0pl9XhxLFn

However, the UFC are now planning for a lightweight title bout between Conor and Khabib Nurmagomedov in the fall.