Boxing: Tyson Fury reveals his amazing Weight loss ahead of his ring return 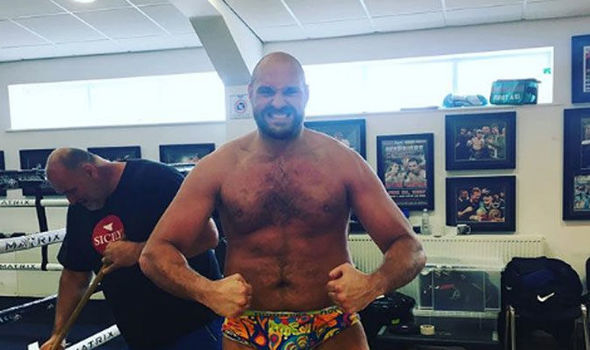 Tyson Fury is reported to have lost 25kg over the past few months and looks as fit as ever in a recent Instagram post. Fury returns to the ring after over two years away on June 9 against an unnamed opponent.

The 29-year-old’s last bout saw him become the WBA, IBF, WBO and IBO world heavyweight champion as he beat Wladimir Klitschko. Since that fight, Tyson Fury has battled depression and an Instagram post in November, alongside Ricky Hatton, showed Fury had piled on the pounds. 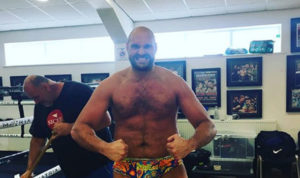 However, he has now majorly cut down as he gets set to find some fighting form. Fury wants to win back all the titles he previously held with Anthony Joshua and Deontay Wilder now owning the heavyweight belts.

A potential future opponent for Fury is Tony Bellew, who beat David Haye at the weekend. However, Bellew’s promoter Eddie Hearn believes it’s best for Fury to stay clear of the Liverpudlian.

“He [Fury] is not a puncher,” Hearn said while speaking on Behind The Gloves at London’s O2 Arena.

“He doesn’t punch like [Deontay] Wilder or [Anthony] Joshua.

“He is very good, but if Bellew boxed Fury now, he’d beat him.

“Would he beat the guy that beat [Wladimir] Klitschko? Probably not – but he’s not that guy at the moment.”

Previous articleBoxing: Jose Ramirez ‘The Pride of Central Valley’ to return in July
Next articleBoxing: Rey Vargas ready to defend his title against Azat Hovhannisyan