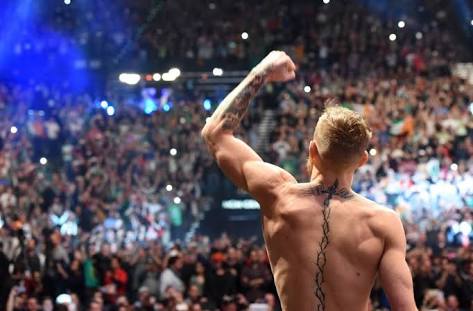 The clock is ticking on UFC 229 and the countdown for the biggest fight in the history of the sport has began as UFC lightweight champion, undefeated Dagestani juggernaut Khabib ‘The Eagle’ Nurmagomedov (26-0 MMA, 10-0 UFC) will defend his belt for the first time against former featherweight and lightweight champion ‘The Notorious’ Conor McGregor (21-3 MMA, 9-1 UFC).

McGregor will be representing his beautiful country of Ireland and Nurmagomedov will represent Russia. The tension between the fans of both of these champions is insanely high as due to the rivalry McGregor and Nurmagomedov. 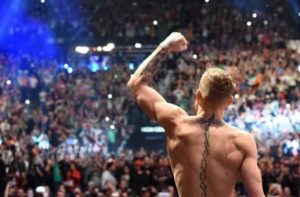 However for a crowd as enthusiastic as that, it is difficult to keep them in control, and things did went out of control after the UFC ceremonial weigh-ins. A video posted by TMZ Sports showed Irish fans causing choas outside the T-Mobile Arena, surrounded by multiple cops. (via YouTube):

Irish fans are seen sipping on alcohol, banging on objects, screaming and dancing all over the place before a bunch of cop sided them. The tension is certainly building and even affecting the fans as well.

Anthony Pettis sides with Conor, feels he will KO Khabib