UFC: Conor McGregor features on the new Burger King ad, thanks his rivals 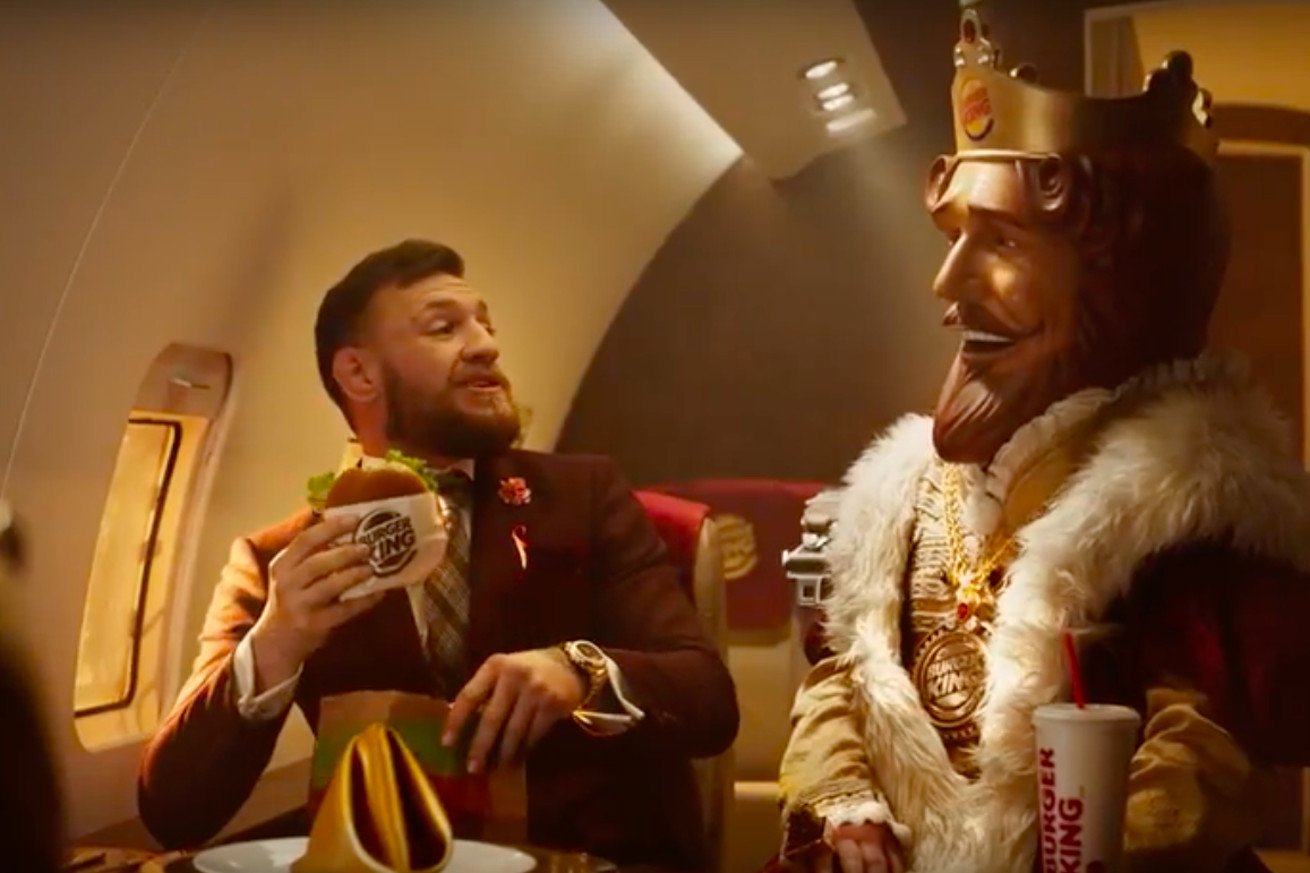 While the top fighters in the UFC Featherweight division and Lightweight division are busy taking shots at Conor McGregor, the Irish superstar is busy starring in advertisements.

The latest deal that McGregor has landed is with food giants Burger King. Last day, McGregor had teased a huge announcement. A portion of the fans expected the announcement to be about McGregor’s return to the octagon but apparently, it was just about his appearance on the new Burger King advertisement.

In the new advertisement that McGregor shared on his official social media pages, he is seen introducing Burger King’s new Spicy Crispy Chicken Sandwich. Apart from McGregor, the advertisement also features ‘The Burger King’ who is the official mascot of the fast food restaurant chain.

Interestingly, in the video, the former UFC Featherweight champion also had a message for his rivals. McGregor thanks all his rivals for the trash talk that they spewed at him as it ‘just put Conor jr. through college’. You can see the complete advertisement below.

No timeline for a return

While McGregor is busy filling his pocket outside the UFC, there is no update whatsoever on when he will return to the cage. His last fight in the UFC was back in 2016 when he defeated Eddie Alvarez to become the UFC Lightweight champion.

He is yet to be officially stripped of the title but at the same time, UFC is set to crown another ‘UFC Lightweight champion’ at UFC 223 when Khabib Nurmagomedov and interim champion Tony Ferguson go head to head. Currently 21-3, the 29-year-old McGregor also ventured into professional boxing after his Alvarez fight and faced Floyd Mayweather Jr. in a super fight.

McGregor suffered a defeat in the match but earned a huge payday in the process. A rematch between the two is rumoured and if it materializes, Mayweather is expected to crossover to MMA and fight Mcgregor in the UFC.