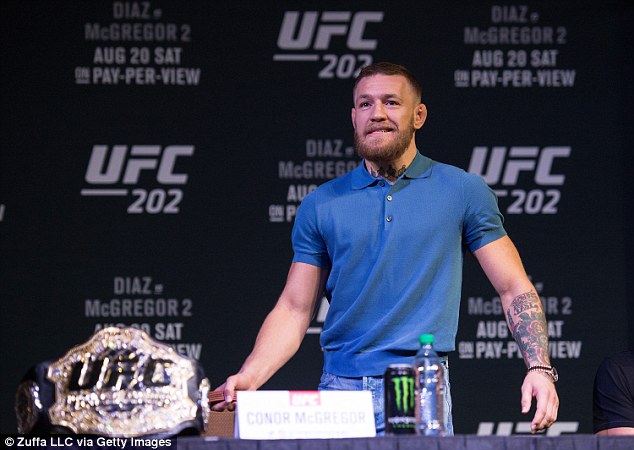 Alongwith his accomplishments of being a double champ, ‘The Notorious’ Conor McGregor will go down in the history as one of the baddest trash talkers of the sport. Even though he does it for the entertainment and business aspect of the sport, McGregor has never took a step back in the aftermath of any heated incident, however this time he seems to have done it.

The case goes back around August 2016 before the infamous UFC 202 card when McGregor took on arch rival Nate Diaz in a rematch. During a pre-fight conference, tensions flared as the dangerous Monster energy drink incident took place wherein camps of both the fighters ruthlessly threw energy drink cans on each other.

The security guard, William Pegg, took things the legal route, claiming he got hit in the back and shoulder when McGregor threw a Monster energy can at Diaz and missed. He sued in Nevada civil court $95,000, arguing he was entitled $5,000 for medical bills and $90,000 for what he and his attorneys calculated was his share of McGregor’s $15 million payout at UFC 202.

McGregor’s attorney fought vigorously and managed to settle the matter out of court with the security guard. Pegg’s attorneys even used McGregor’s infamous bus attack against him, noting in one filing, “McGregor’s deposition was scheduled for April 6, 2018. However, McGregor did not appear for his deposition. Instead, on the night of April 5, he was throwing metal barriers and other objects at the UFC 223, at which he was not scheduled to appear.”