UFC: Conor McGregor to get a statue of himself for his 30th birthday 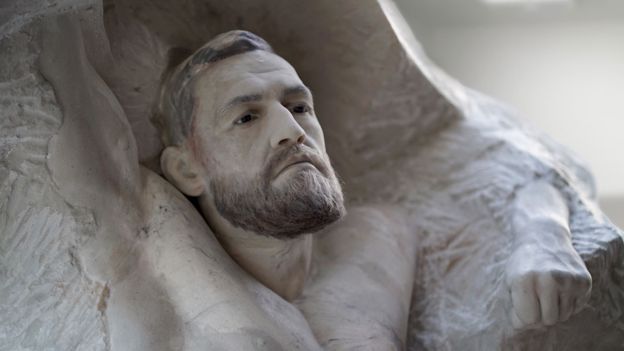 Artist Edgar Askelovic – also known as Aspencrow – has created a statue of the Conor McGregor worth £50,000 and will give it to the fighter for his 30th birthday. The 100kg sculpture shows McGregor bursting out of a block of stone and uses silicone, marble powder and eyes made with UV-resistant Polyurethane to capture a hyperrealistic portrait of the UFC Superstar. 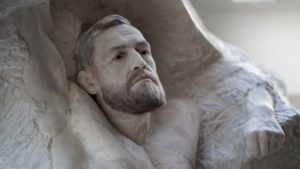 “It is an honor that Conor has accepted this as a gift from me,” says Aspencrow. “He is a phenomenon of our time – not just a smart athlete, but also a visionary.”

“To create the piece, I looked back to antiquity, when athletes were immortalized in sculptures as gods. And I combined some details from a Michelangelo statue with modern day graffiti to capture the present day’s warrior sensibilities,” Aspencrow went on to add. “People of our generation grew up on graffiti and hooliganism, so I’ve displayed part of his tattoos on his back in graffiti.”

The work will be open to be viewed by the public in the gallery from July 14 to September 30.