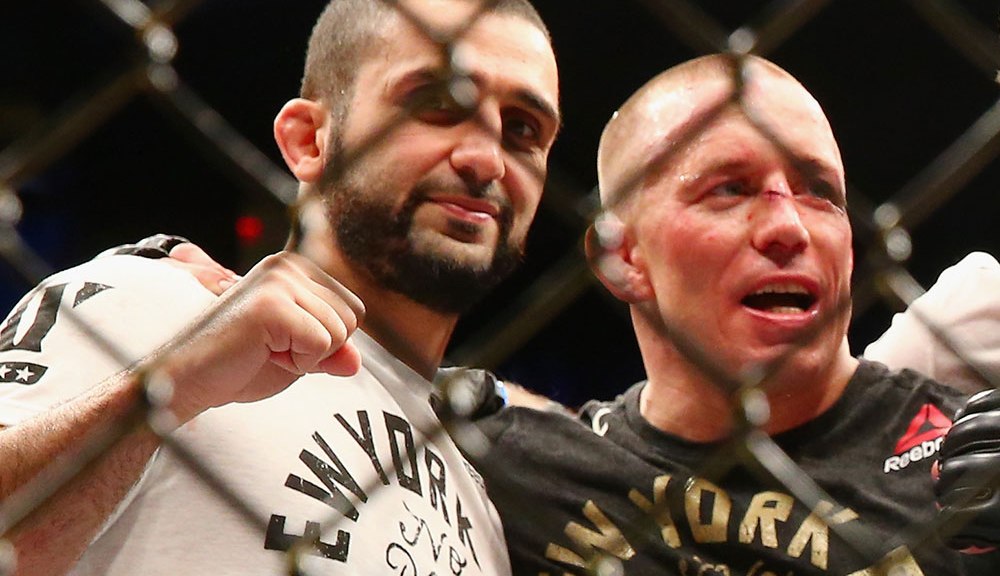 The MMA world has recently become quite obsessed with super-fights. While super-fights were thought of and discussed quite often in the UFC previously, the Conor McGregor era made them a reality. In the post McGregor era, super-fights are being organised in a lot of weight classes. However, one of the super-fights that is probably the most discussed is a potential bout between McGregor and Georges St-Pierre. GSP’s head coach Firas Zahabi has now given an interview stating his opinions about a potential super-fight between ‘Rush’ and “Mystic Mac”.

GSP had recently appeared on an edition of MMA Fighting’s, The MMA Hour. He had revealed that he had no intentions of fighting McGregor as it won’t add anything to his legacy.

The Tristar gym head coach, Zahabi recently spoke with FightHub TV. He revealed that he wants GSP to fight McGregor and how it would be the biggest fight ever. He also claimed that it would be a bigger than Mayweather-McGregor. He also revealed that he believes GSP has all the tools to dispatch McGregor with ease in a bout. Here’s what he said:

[They’re] two huge names, I would love the fight to happen. I don’t think it’s gonna happen. I think the size difference and Conor’s gotta defend the belt sooner or later. They can’t fight for a middleweight title, that would be considered crazy.

Listen, Georges is fully aware of the karate stuff and Taekwondo ranges and the distances McGregor uses, He grew up in that. McGregor’s very good at keeping that distance and when you cross the distance, he punches you. Georges understands that game so well plus Georges is much more schooled in wrestling and jiu-jitsu, so I’ve got to put it all on Georges side.

McGregor has that deadly, accurate left, I’ll give him that. He has a better cross than Georges, definitely, but Georges is too smart, too intelligent, too calculated. It’s highly unlikely he will get hit with it. Not impossible, just highly unlikely.