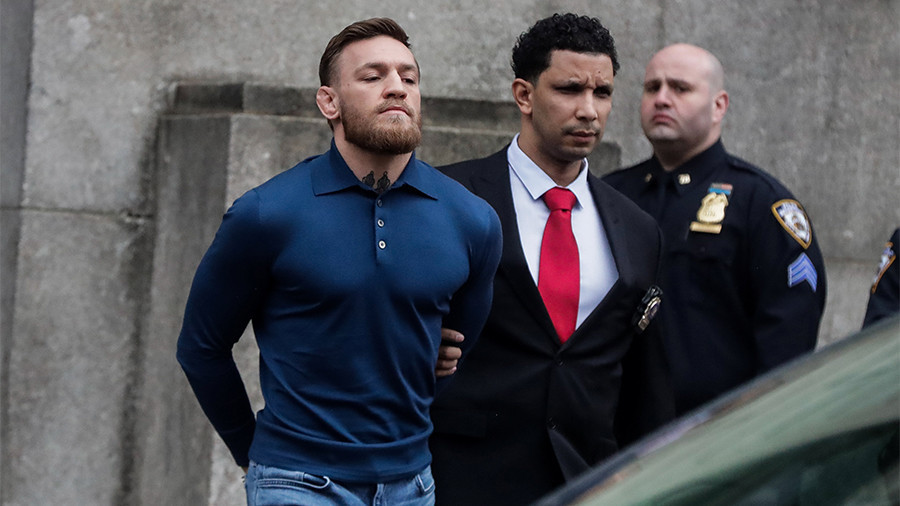 Looks like Conor McGregor may be avoiding serious jail time and could be back in a UFC ring sooner than later. TMZ reports that attorneys for McGregor are in the fine stages of negotiating a plea deal in the bus attack incident that injured 3 fighters at UFC 223.

The felony charge was especially problematic for McGregor. A violent felony could lead to deportation, which would make it impossible for McGregor to work in the United States. However, the report is indicating the two sides have all but agreed to reduce the charges. Potential civil suits are another impediment, but those wouldn’t hinder his return to the Octagon. 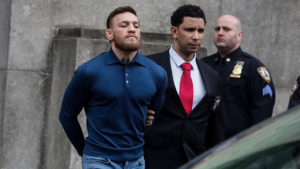 Originally, McGregor faced up to 7 years if he were convicted, but it is believed that prosecutors would settle for probation and no jail time under the terms of the reported plea deal.

When  McGregor is able to reach a deal, he is expected to return to the Octagon and immediately challenge current UFC lightweight champion Khabib Nurmagomedov, who was the alleged target of McGregor’s bus attack in April.

UFC: Conor McGregor calls Vladimir Putin as ‘One of the Greatest Leaders of our time’

Previous articleUFC: Brian Ortega settles differences with Dana White
Next articleBellator announces the date and venue for the heavyweight showdown between Fedor Emelianenko and Chael Sonnen