UFC: Conor McGregor puts his son in a wheelbarrow and gives him a spin 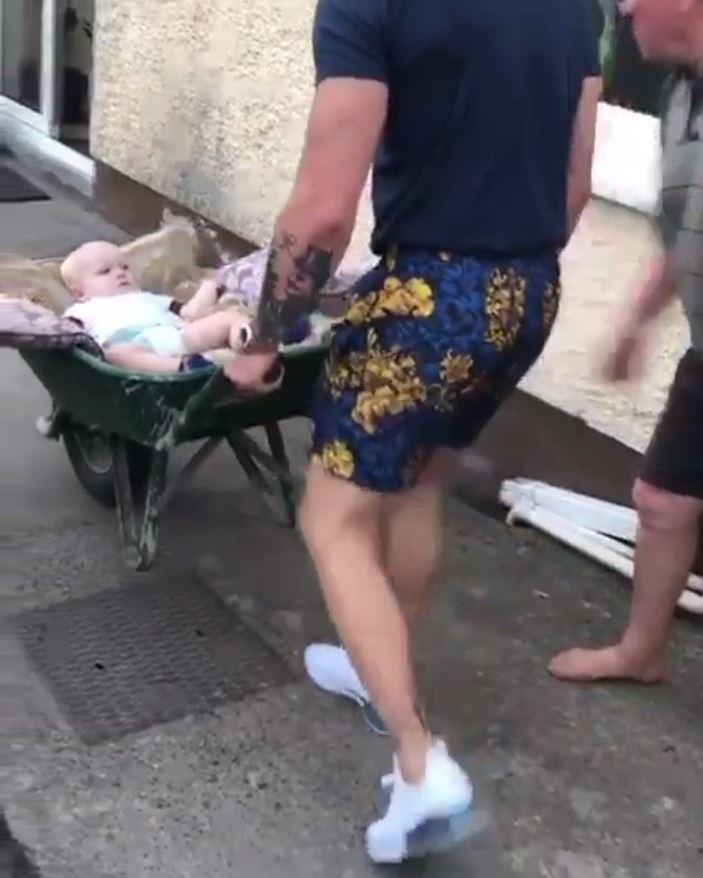 Conor McGregor is enjoying some time away from the cage and he shared a hilarious video of him wheeling his one-year-old son around a garden as Jr kicked back and relaxed on a bed of cushions. 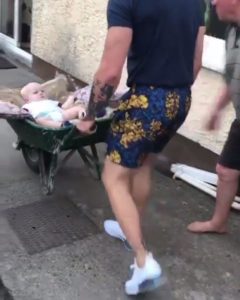 The baby is shown looking relaxed while lying on a bed of cushions as his dad wheels him round to the amusement of onlookers. McGregor parks the wheelbarrow down and tickles his son before picking him up for a cuddle.

He has been out of action since losing to Floyd Mayweather in a boxing match in Las Vegas last August and is recently awaiting his court hearing for his latest Brooklyn fiasco where he threw a dolly into a bus filled with UFC fighters like Khabib Nurmagomedov, Michael Chiesa, Ray Borg and Rose Namajunas. Both Chiesa and Borg had to be pulled out of the fight as they sustained injuries from the broken glass window of the bus.

Previous articleUFC: Daniel Cormier looked to finish Stipe Miocic after discovering that he did not hit abnormally hard
Next articleUFC: Brian Ortega says “I am no YES Man”