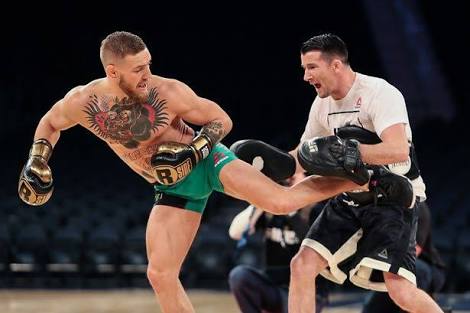 UFC 229 will feature probably the biggest fight in the history of the sport as former featherweight and lightweight champion ‘The Notorious’ Conor McGregor will make his much anticipated return after two years to take on current UFC lightweight champion Khabib ‘The Eagle’ Nurmagomedov.

McGregor has accomplished almost everything the sport has to offer. He won the featherweight title, avenged the only loss which he had inside the octagon and later on moved up a weight class at lightweight and won the belt there as well. McGregor also fulfilled his wish of a crossover super fight which happened to be against legend Floyd Mayweather.

McGregor also holds the record of earning the highest purse ever in the history of UFC with $3 million. However that’s not enough as he earned a whooping $30 million in his fight against Floyd Mayweather making him the fourth richest athlete in 2017 according to Forbes after Floyd Mayweather, Lionel Messi and Cristiano Ronaldo.

With that being said, the question of retirement has always been associated with retirement. McGregor also hinted early retirement in a tweet two years ago. Many including McGregor’s striking coach Owen Roddy believe Nurmagomedov will be last fight, however Roddy does have hope that he will continue.

“I don’t know…I don’t think [he will retire],” Roddy told Peter Carroll on the latest episode of Eurobash. “I don’t look into the future to see what’s happening. Conor’s mentality hasn’t changed at all, so I don’t know.”

“I always say, it depends on what fights are available, I think, for Conor. As I said, if there is another big super fight and Conor feels like he would enjoy it, then he’ll do it. If the fans want it and stuff like that, I think Conor will take it,” he said.

Roddy claims that the team is rather focusing on the task in hand, which is Nurmagomedov.

Previous articleUFC 228 Embedded: Vlog Series – Episode 2
Next articleUFC: Edson Barboza finally avoids being matched against a wrestler, as his fight with Dan Hooker is official for UFC on Fox 31