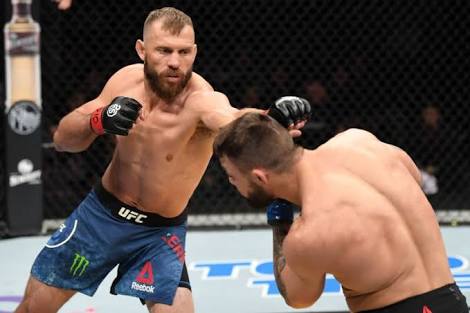 Former two-time lightweight title challenger Donald ‘Cowboy’ Cerrone will make his return to the lightweight division at UFC on ESPN +1 on January 19 after moving up to welterweight in 2016 where he gathered a record of 5-4.

Cowboy carried some much required momentum from his last fight against Mike Perry which he won in an impressive fashion via first round submission. Cowboy also obliterated the record books not only becoming the UFC fighter with most fights but also with most number of victories inside the octagon. Cowboy’s first assignment however in #11 ranked Alexander ‘The Great’ Hernandez (10-1 MMA, 2-0 UFC) is no joke. 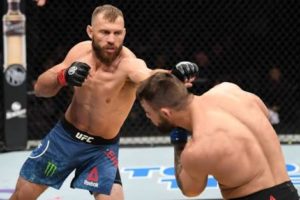 However there were rumors of Cowboy’s welcome fight to be against former double champ ‘The Notorious’ McGregor. UFC President Dana White however dismissed the idea immediately. Cowboy still believes a victory over Hernandez would earn him a ‘red panty’ night.

“I think [McGregor’s] side is interested in it, I know I’m very interested, and for the UFC, that’s a money fight,” Cerrone told ESPN. “By no means am I overlooking Alex. I’m focused on getting through him, and Conor is potentially what’s next.

“I don’t see why he would turn the fight down. I’m interested to see how it all plays out. I’m pretty sure Conor and I will be meeting in the Octagon soon.”