UFC: Cris Cyborg feels she will switch UFC for other promotions, claims there is too much ‘politics’ in the company 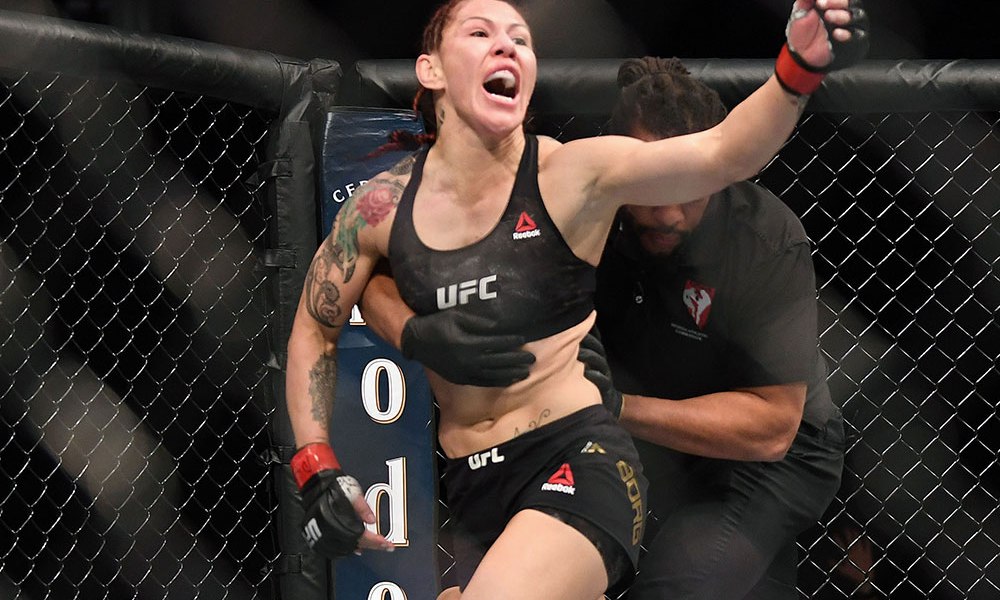 UFC women’s featherweight champion Cris Cyborg is clearly upset and feels that there is a loit of politics in the UFC. She further claimed that her career is not yet finished and she will probably leave the UFC to end it in some other promotions.

Cyborg was recently in a conversation with MMA Tonight on SiriusXM Fight Nation. On the show she talked about how the UFC will probably take away Colby Covington’s interim belt because of his refusal to be forced into fighting too soon by the UFC. She went on to explain the inner politics of the UFC and how matchmaking happens. She further stated that her MMA career will end outside of the UFC. Here’s what she said:

Like with Ronda or other fights, it’s all politics. I’m the champion a long time, 12 years undefeated, and if a fight doesn’t happen with girls like this, it’s politics. You can see how it’s politics because I’m ready to fight now and I have to wait nine months and you can see Colby Covington, they’re gonna take his belt – and he got the belt 45 days ago – because Woodley is ready to fight and [Colby] said he’s not ready so they took the belt. This is an example of how politics works.

I have two fights left in the UFC and I hope this works well. I have a dream fight boxing fight and I am for sure gonna fight a boxing fight. If it’s not gonna be the UFC, maybe I’ll fight Julia Budd in Bellator. I think I have a lot of doors I can fight [in]. Maybe I could do a Grand Prix, more than one fight per day in Japan. A lot of things can happen. I don’t think this is the finish of my career, this is just one more challenge in my career.

UFC: Dustin Poirier hits back at Georges St-Pierre for wanting to fight the winner of Conor McGregor vs. Khabib Nurmagomedov

Previous articleMMA: Despite the recent set-back, Nick Newell is not yet ready to give up on his UFC dream
Next articleUFC: Curtis Blaydes wants Stipe Miocic to accept his call-out and not wait for a title shot