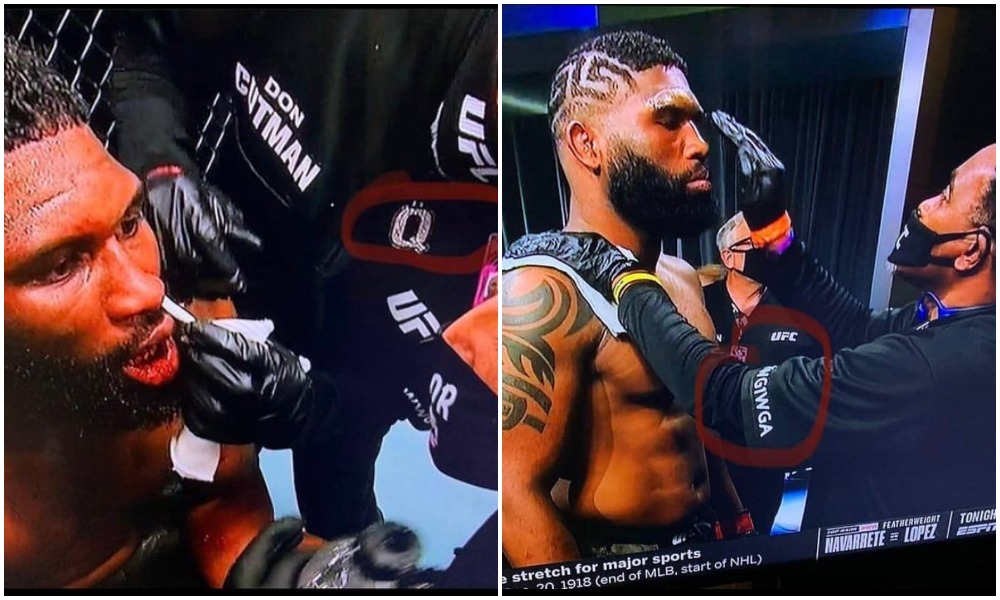 Don House wore a Q logo and a WWG1WGA logo on his shirt. WWG1WGA stands for ‘Where we go one we go all’ and is extensively used by the supporters of QAnon.

As per Wikipedia, QAnon is a “far-right conspiracy theory detailing a supposed secret plot by an alleged ‘deep state’ against Donald Trump and his supporters”. In 2019, QAnon was listed as a domestic terrorist group by the FBI.

UFC to investigate the QAnon logo

UFC is very strict with its outfit policy and now they will be investigating the QAnon patch worn by Don House.

“This was a violation of our staff event outfitting policy and the matter will be thoroughly investigated,” the UFC said in a statement to ESPN.

Speaking to MMAFighting’s Steven Marrocco, Don House stated that he regrets wearing the QAnon patch and that he has nothing to do with the child trafficking policy.

“All the conspiracy, all the stuff they say about the group, I’ve got nothing to do with that,” House said. “I just like the message: Where we go one, we go all.” 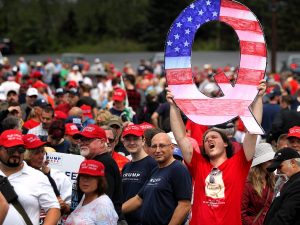 House stated that he always thought of QAnon as a spiritual group and the message it imparts.

“I always read this stuff where they say this is a spiritual group,” House said. “Some say they’re a part of child trafficking. No. They’re the complete opposite of that. They’re trying to expose that.”

“My message is simple,” House said. “It’s not about I signed up for a club that wants to overthrow the government. I’m not a part of that nonsense. But I do like the message where it talks about everyone being as one in the United States, and the planet, for that matter. That’s my message.

“If I’d known I’d get this much flack, I would have never worn the thing, to be honest with you. People’s belief is their personal belief. That was mine. I was just showing that I really love the message, especially in this day and time with all the crap that’s going on. Did you see the NASCAR guy’s locker room? You notice how everybody got together for that one person? Everybody got together for him, and I thought, that’s what America needs. To me, that’s the message, ‘Where We Go One, We Go All’ is to me, where we all have to stand up for everybody. We’re Americans. This country is built for everybody.

“That’s the message that I’ll always live with, and I thought it would look great on my sleeve. I didn’t know it would cause this much controversy. Do I regret it? Yeah, I do, the embarrassment for the UFC and to Dana, because he is a friend of mine. But do I believe that we as Americans should be one? I will until the day I die.” House concluded.

Previous articleUFC on ESPN: Poirier vs. Hooker
Next articleExclusive with Farhad Hazratzada: Afghan by birth, Indian at heart!