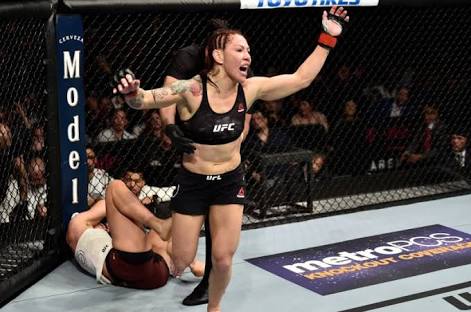 UFC women’s featherweight champion Cris Cyborg is undoubtedly the most dangerous female fighter to have ever stepped inside an MMA cage.

Outside the octagon, Cyborg is known to have an equally soft interior due to various acts of serving the less fortunate. In an interview with MMAFighting, Cyborg’s boxing coach Jason Parillo showed another gritty side of her fighter Cris Cyborg.

The incident goes back to March earlier this year when UFC 222 desperately needed a main event. Earlier slated to be a featherweight title shot between champion Max Holloway and then #1 ranked contender Frankie Edgar. However champ Holloway pulled out of the fight citing an injury and was replaced by current title challenger Brian Ortega.

The bout was set to be the co-main event. However, the main event slot was still empty. White turned towards Cyborg as the main event of the card against former Invicta FC bantamweight champion Yana Kunitskaya. Parillo narrated the phone call Cyborg made him ask whether she should take the fight or not. (via Twitter):

.@criscyborg's coach Jason Parillo recounts a wild story of when his fighter questioned whether she should take a short-notice fight.

"Do you do cocaine? Do you drink? Do you smoke? What do you do? All you f*cking do is train."

Parillo claimed Cyborg is always in fight shape and that she should accept the fight on short notice. Cyborg went on to dismantle her opponent in the first round itself to defend her title for the second time.