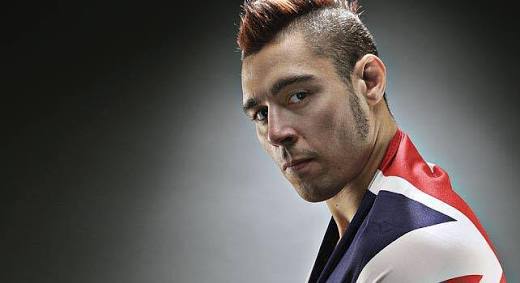 Former UFC Welterweight Dan Hardy(25-10-1)gave a probable hint about a 2018 comeback when a fan asked about it.

A fan asked him on Twitter that,”Is there still a chance we will you fight one last time this year?”.To which Hardy replied,’Who knows?’.

The last time we saw Hardy was 5 years ago at UFC on Fuel TV 5 on September 29,2012 against Amir Sadollah.He won the bout via unanimous decision.

‘The Outlaw’ also gave a hint about his comeback a year ago at an interview on UFC Tonight,as he also works as an analyst with host Karyn Bryant and UFC Light Heavyweight Champion Daniel Cormier.

Hardy stated that,”I have few fights left on my contract.I need to get clear by the doctors and I’m on the process of doing that.The sport is at such an interesting phase right now with all the interesting super fights being made.Now if I have yo make a comeback,it won’t be on a card,somebody is gonna pull out and I’m gonna throw my name in the hat and take the opportunity.

When asked out his thoughts completing at the 155 lbs division,Hardy said that,”I’ve fought twice in my career at 160 and I felt comfortable at that weight,I certainly think it’s a better class for me.”(via YouTube):

In May 2017,at a Q&A session of Fight night Stockholm Gustafson vs Texeira,Hardy was again asked by a fan about his comeback to which he answered that,”I’m healthy,I got the doctor’s clearance,but the next thing is the USADA’s testing pool,which is for more complicated than it was when we fought.We would get tested at times but now they have an app on your phone and they get to know your location.They knock at your door at 5:30 in the morning and wake you up from sleep.I am in the USADA testing pool and the process has began.” (via YouTube):

Hardy was also called out by Welterweight prospect Mickey Gall after his win over Sage Northcutt.

With English MMA fans considering him as a pioneer of the sport and his ever increasing fan base as an analyst,fans would certainly love to see him fight again.