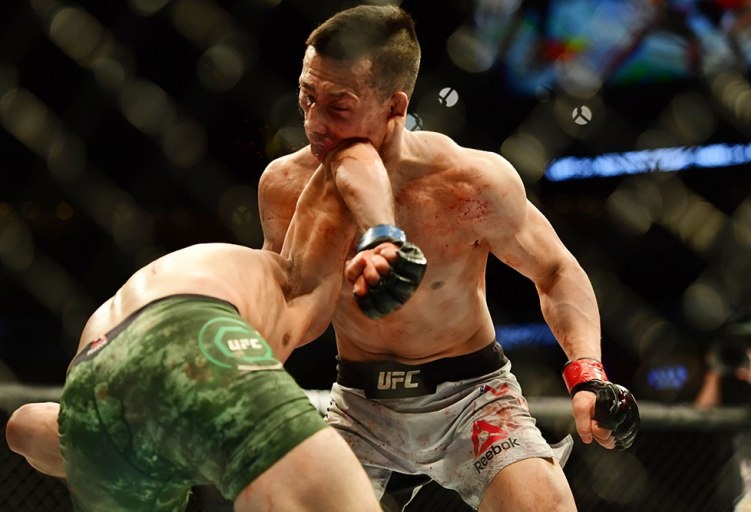 The night also marked UFC’s 25th Anniversary and the main event certainly paid justice to it. What was a back and forth brawl for more than 24 minutes, expected to go the similar route until the bell rang however with one second left, Rodriguez out of nowhere pulled out what would be called a ridiculous reverse elbow, to floor Jung out unconscious thus securing a KO victory?

The victory stunned the entire world including the man who has witnessed the entire 25 years of the UFC, president Dana White. Speaking to Laura Sanko on the FS1 post-fight show, a happy Dana White had many good things to say about Rodriguez. (via Twitter):

After the 25th Anniversary, it's only right we catch with the boss @danawhite. pic.twitter.com/wNMgX6nkv8

“Craziest finish ever,” an ecstatic Dana White said. “There was one second left on the clock when he landed that elbow, and Yair was losing 4-to-1. ‘Zombie’ had the fight in the bag, he had one second to go and, wow, what a finish.”

The judges actually had Jung winning fairly comfortably until then which means Rodriguez was a second away from defeat. Out of the four rounds, two judges gave only one round in the favor of Rodriguez and one judge gave him two.

Previous articleUFC: Alexander Hernandez replaces Islam Makhachev to fight Francisco Trinaldo
Next articleUFC: Curtis Blaydes says Derrick Lewis had no business being in the cage with Cormier at UFC 230