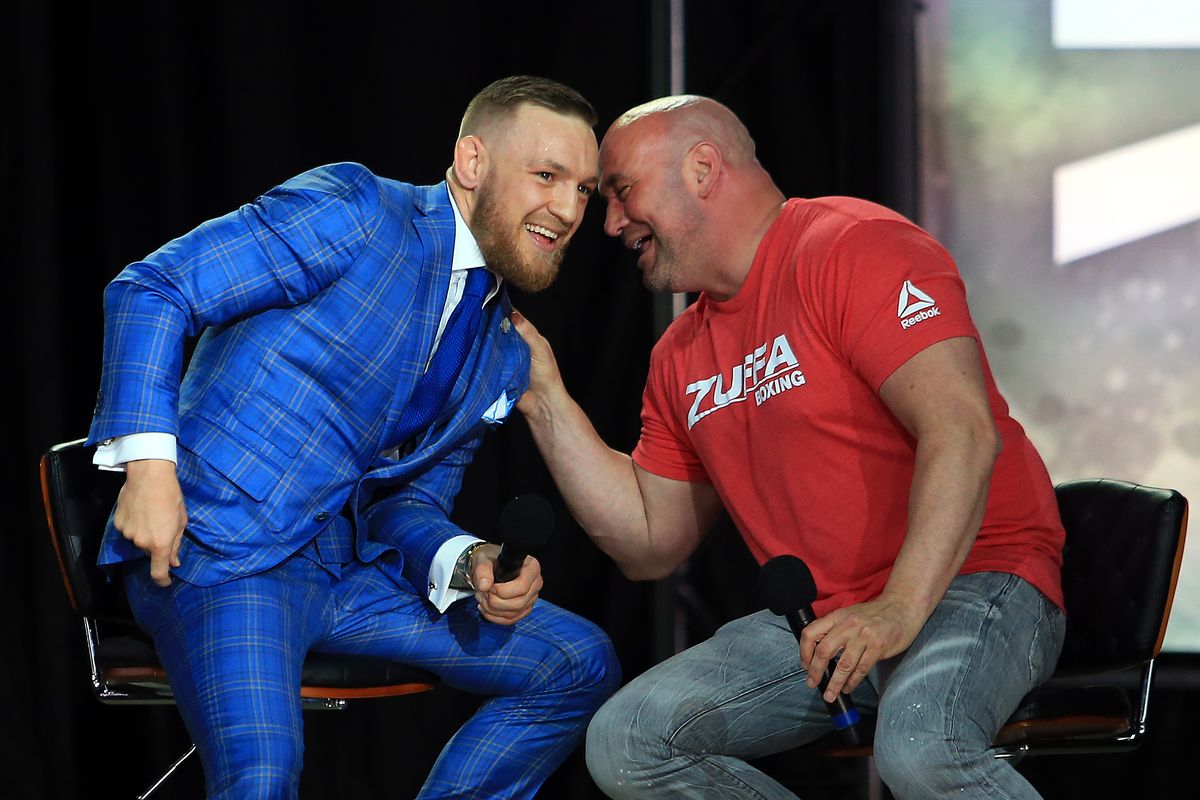 Dana White is hopeful of seeing Conor McGregor back in the Octagon by summer. The UFC president was interviewed by BBC recently and during the interview, he revealed the same.

McGregor’s last fight in the UFC came back in November 2016 when he defeated Eddie Alvarez to become the UFC Lightweight champion. He then ventured into professional boxing and had a super fight with Floyd Mayweather Jr. in 2017. When asked about McGregor’s situation, Dana had the following to say. (Transcribed by Damon Martin)

“Hopefully we’ll see him back in either August or September. Well we’ve got to see how things play out in that [lightweight] division. A lot of things are going to happen in the next several months in the 155-pound division. Coming up is going to be Tony Ferguson versus Khabib [Nurmagomedov] and the winner of that is who I would like to see Conor fight next.” He noted.

The 29-year-old McGregor was a two-division champion in the UFC when he went out to face Mayweather. UFC later stripped the Irishman of his Featherweight championship and the Lightweight title is expected to meet a similar faith.

Speaking of which, the title will be on the line at UFC 223 in New York when current Interim Lightweight champion Tony Ferguson faces the undefeated Khabib Nurmagomedov. Interestingly, Dana sees the winner of the fight as a potential challenge for McGregor when the former champion returns.

21-3 in his career, McGregor has only tasted defeat once in the past seven years when it comes to the case of MMA. While there were rumors about McGregor being ready to take up a fight against Frankie Edgar on short notice, nothing materialized in the end and this further delayed his return to the Octagon. Apart from the winner of Ferguson vs. Nurmagomedov, a potential trilogy fight with Nate Diaz is also an option for the Notorious one.