UFC President Dana White runs a million dollar empire. However the perks of that added to the White’s bold personality does not always make him go alongwith various people from the MMA community. One of them being UFC welterweight champion Tyron Woodley.

The bad blood goes back to February last year when White called Woodley a ‘drama queen’, after his controversial comments about racism in the UFC. The duo has went back and forth at each other since then. 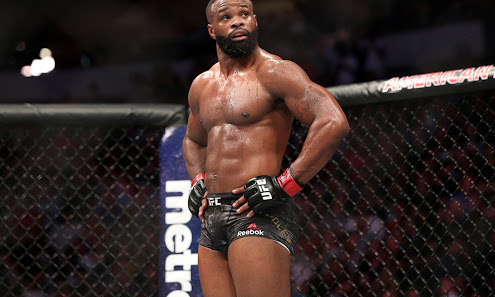 This time however, the beef was reignited as Woodley won’t be fighting in a unification bout against interim champion Colby Covington at UFC 233 on January 26 citing a thumb injury. Speaking with reporters backstage after UFC 231 ceremonial weigh-ins, White expressed his frustration.

“So, you know what happens?” White said. “The world moves on without you, boys.”

“When is Woodley ready to fight anybody, ever? Tell me when,” White said. “Yeah (he just fought three months ago), and it took us forever to get him to fight that fight. He never wants to fight. You want to be a world champion, but you don’t want to fight anybody. That’s a problem.”

Previous articleCowboy Cerrone returns on first ESPN+ Card in January against Alex Hernandez
Next articleAli Abdelaziz, Kamaru Usman’s manager, goes back and forth with Ben Askren over interim title fight