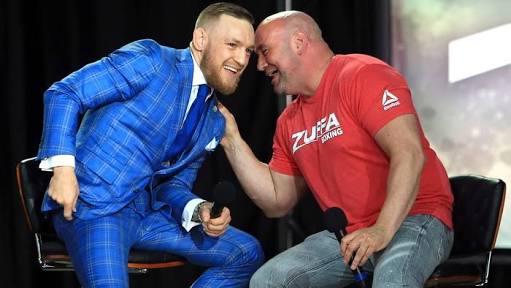 Not only ranked contenders but prospects like James Vick, Paul Felder, Al Iaquinta, Gregor Gillespie, Dan Hooker, David Teymur, Lando Vannata, Drakkar Klose have been making waves in the division progressing upwards to the rankings.With the top end stagnated due to McGregor’s absence has lead the division jammed.

However, Dana White gave an update about McGregor at the UFC 223 Press Conference.White said that he’s confident that the champ will step inside the octagon in 2018. He said,”Conor McGregor is coming back this year, 100%. He will fight this year. We’ll see what happens here.”

McGregor was expected to be in the attendance at UFC 223 on April 7.However, when asked about it to White he does not think so.He said,“It would be awesome if Conor was here, but no, I don’t think he has any plans to be here.”

McGregor was speculated to face the winner of earlier booked matchup between Khabib Nurmagomedov and Tony Ferguson. With the fight being called off, McGregor will most probably face the sinner of Nurmagomedov and UFC featherweight champion Max Holloway.

UFC planning an event in Russia in September or November, McGregor vs Nurmagomedov would lit up the MMA fans.However for that Khabib has to go through Holloway. McGregor would also seek fo his infamous rivalry and trilogy against Nate Diaz.They first met at UFC 196 where Diaz won via second round submission.They then fought at UFC 202, McGregor won the fight via majority decision. Diaz wants this trilogy as well.McGregor also has plans of fighting former welterweight champion George St-Pierre.

UFC: Carlos Condit has a new opponent and will now face Cowboy at UFC ON FOX 29