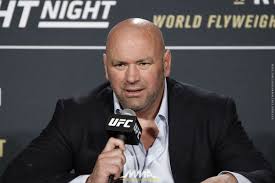 Dana White says the UFC would deal with Conor Mcgregor after he is punished by the courts of New York City. In a interview given to TMZ sports Dana White confirmed that Conor Mcgregor will face the full brunt of the law after his rampage at UFC 223 media day on April 5 in Brooklyn, New York which resulted in injuries to Michael Chiesa and Ray Borg and cause the cancellation of their fights and also of his team mate Artem Lobov who was involved in the attack. Conor Mcgregor will face multiple assault charges and after his legal troubles are settled he may even face action from the UFC.

Dana when asked about the return of Conor, could not give a specific answer to the question. Conor is expected to attend the courts in the month of June. Also asked about the possibility of the fight between UFC Lightweight Champion Khabib Nurmagomedov and Conor Mcgregor in Moscow, Russia, Dana White said that the fight would most probably happen in Las Vegas.

“If you do a fight that big, you’ve got to do it in Vegas,” White said. “Khabib will fight in Russia at some point, but it won’t be that fight.”

Dana was also asked for his views on the news from Korean peninsula, where North Korea and South Korea have started talks and are suing for peace and also the possibility of UFC bringing the Octagon to North Korea.

” You’ve got to see how this thing plays out, there is a lot more than just saying lets go to North Korea. South Korea is a huge focus for us right now. They are building a new arena down there, it is supposed to be incredible and we are looking at going there as soon as it is done.

Previous articleUFC: After walking over dead bodies in Afghanistan as a kid, Siyar Bahadurzada thinks 2018 would be his year, wants Robbie Lawler next
Next articleUFC: Brad Tavares vs Israel Adesanya set as a main event for TUF 27 Finale in July