UFC: Dana White has spoken to Jon Jones about a 2018 comeback 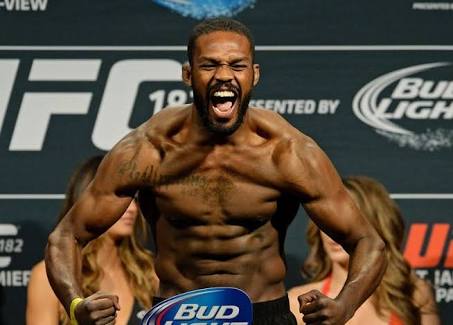 Dana White and Jon Jones are back on speaking terms for the first time since UFC 214.

The UFC President hadn’t spoken to Jones since he was stripped of the UFC light heavyweight title in August following his second violation of the USADA anti-doping program. Jones had beaten Daniel Cormier just weeks before at UFC 214 in Anaheim, California, but after he tested positive for the banned substance Turinabol following a fight week test, Jones was stripped of the title for the second time in his career.

White had mentioned in previous interviews that he’d yet to speak to Jones about the incident, but speaking to TMZ Sports yesterday the UFC president confirmed that the pair of them had spoken just the day before:

“I don’t know, obviously that would be great,” White said regarding Jones returning this year.

“He sounds good. He sounds, you know, he’s looking at positive things right now and focusing on training.

“He wants to come back, absolutely,” White said. “I don’t know [if he will return this year], that’s up to USADA. I’ve nothing to do with that.”

Jones was first stripped from the title in April,2015 due to his hit and run incident.UFC stripped Jones of the title, removed him from the official rankings, and suspended him indefinitely.In an official statement released that day, the UFC stated that Jones was stripped from his belt for violating the Athlete Code of Conduct Policy.

We will likely have a much clearer indication of Jones’s possible return date on Feb 27 when he meets with the California State Athletic Commission to present this case. Following that meeting, Jones will attend an arbitration hearing with USADA who will likely hand down a sentence for him to serve on the sidelines.