UFC: Daniel Cormier appeals to ‘honorable fireman’ Stipe Miocic to give him his rematch 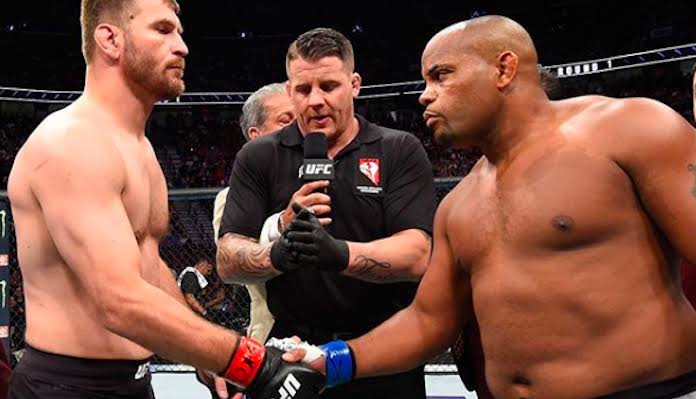 Former double champion Daniel Cormier has been eyeing his trilogy against champion Stipe Miocic ever since losing his title at UFC 241 in August last year.

The duo first met at UFC 226 back in July 2018. Cormier pulled out a massive upset as he knocked Miocic out in first round. Cormier took off from where he left in the second fight, however a brilliant adjustment of landing approximately 10-12 body shots, gave Miocic his win. 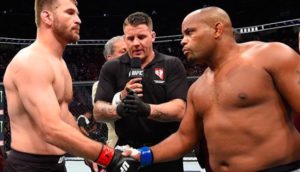 However Miocic suffered damage to his retina due to accidental eye pokes sustained in the second fight. Earlier this week, Miocic revealed that he has been cleared to return in action. Miocic’s manager John Walter then stated that Miocic would be defending his belt “against an opponent that Stipe has not beaten before”. The statement obviously takes Cormier out of equation. Speaking in an interview, Cormier had a message for Miocic.

“I mean Stipe and I are going to fight next. That’s exactly what’s supposed to happen. It’s what’s gonna happen,” Cormier said. “I know they’re saying they want something new — well hell, I wanted something new after I beat him and I gave him a rematch.

Cormier has claimed multiple times that his next fight will surely be his last. He had planned to retire in March last year however that obviously got delayed. The UFC was trying to book a bout between former champion and crowd puller Brock Lesnar and Cormier when he was a champion. However that couldn’t materialize which led to the rematch between Cormier and Miocic.