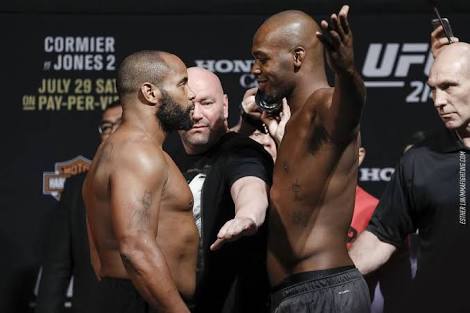 Jones wasted no time in finding out options for his next fight and obviously he moved towards arch rival, current light heavyweight and heavyweight champion Daniel Cormier. Jones claimed that he vows to defeat Cormier once again.

“Now that the illusion you’ve built is crumbling and the ‘violation was not intended nor could it have enhanced the athlete’s performance’ you still have to tell yourself something yeah?” Jones said. “And while there was ‘absolutely no intention to use prohibited substances,’ it was my intention to kick your ass once again. Mission accomplished.”

Cormier however fired back with a message of his own, taking a dig at Jones’ troubled career over the year involving the infamous hit and run case and obviously Jones’ past with banned substances (via Instagram):

Cormier however is slated to take on former UFC heavyweight champion Brock Lesnar. Hence, former UFC light heavyweight title challenger Alexander ‘The Mauler’ Gustafsson seems to be the frontrunner to fight Jones as of now.