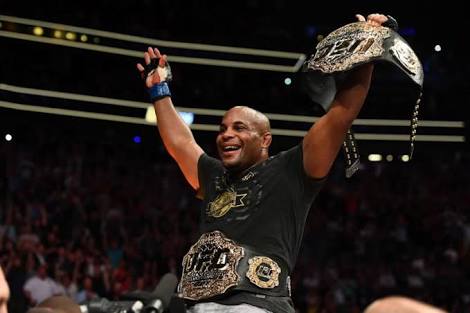 2018 was an eventful year for the sport for MMA. The UFC managed to materialize comebacks for two fan favourites and cash cows in Conor McGregor and Jon Jones. There were phenomenal performances, title defenses and upsets however 2018 undeniably belonged to only one man – UFC light heavyweight and heavyweight champion Daniel ‘DC’ Cormier. 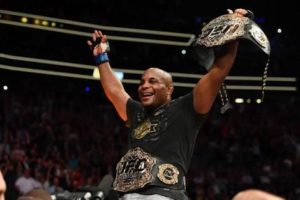 Cormier’s heroics certainly cannot be overlooked as ESPN named Cormier the 2018 Fighter of the year. The news was broke out by renowned MMA reporter Brett Okamoto. (via YouTube):

Okamoto pointed out that 2018 started off with Cormier in a weird spot. Cormier was reinstated as the UFC light heavyweight champion despite losing his title to arch rival Jon Jones in July 2014.  Jones was tested positive for the steroid Turinabol in an in-competition drug test before the fight. Jones was stripped off the title and Cormier was named as the undisputed champ with immediate effect. Despite being the champion, Cormier carried the burden of his loss which didn’t really make him feel like a champion. From being the lowest of the low, Cormier turned the tables entering into 2018.

Cormier took on then contender Volkan Ozdemir at UFC 220 in January. Cormier seeked redemption by putting away Ozdemir in the second round via TKO. However the real challenge was yet to arrive. It was later announced that Cormier would make a move up to his natural weight class to take on the division’s then champion Stipe Miocic in a superfight at UFC 226 in July.

Cormier had started his MMA career as a heavyweight and had an undefeated 13-0 record as a heavyweight leading up to the fight however Stipe Miocic was no joke. Stepping in as a heavy underdog, Cormier pulled out a huge upset by knocking Miocic out cold in the first round to become only the fifth fighter to hold belts in two different weight classes and only the second fighter to hold them simultaneously.

However that’s not all. Cormier stepped up on short notice to save the day against the dangerous Derrick Lewis in UFC’s quest to find a suitable main event for the iconic UFC 230 in Madison Square Garden. To top off his dream year, Cormier defeated Lewis via submission in the second round to become the only double champ to successfully defend both the titles.

The above accomplishments has Cormier in argument not only for the 2018 Fighter of the year but for the Greatest Fighter of all Time as well.