UFC: Daniel Cormier is open to a trilogy fight with Jon Jones before retiring from MMA 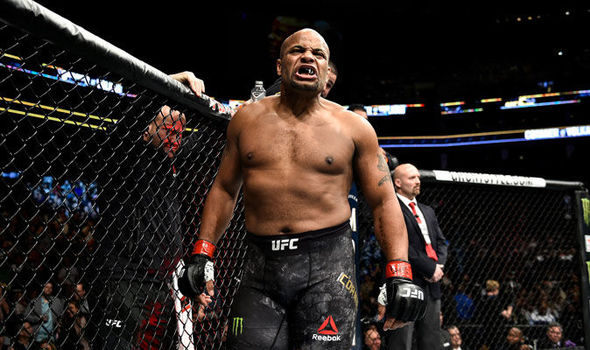 Interestingly, the fight against Miocic will be one of the last fights of Cormier’s MMA career as he has already announced that he would retire from active competition in early 2019. Win or lose against Miocic, one chapter in Cormier’s career that has not been settled is the one featuring Jon Jones.

Jones and Cormier have faced two times already. In the first fight, Jones secured a unanimous decision victory. Though Jones won the second fight as well, the decision was overturned after he failed a dope test.

Till date, Jones remains the only fighter to defeat Cormier in MMA and the chances of a trilogy fight are currently bleak since Jones is serving a long suspension.

However, Cormier is still open to the idea.

“I don’t know. I don’t know what he was doing. The only thing I can base an opinion on is from what came out publicly. I don’t think for a second that Jon Jones needed any type of enhancements to compete. I think he’s ultra-talented, he’s a fantastic fighter, he’s very smart in there, and I think he can do whatever he wants, but he chose to do it the wrong way. I can’t change that. All I can really worry about is what I can take care of. If a chance to compete against him arises, then I’ll take it and hopefully, finally vindicate those losses. That’s the only guy that’s ever beat me, and if I can get those back, I’ll be in business.” Cormier said in an interview with Bloody Elbow.

As mentioned earlier, Cormier will fight Stipe Miocic at UFC 226. The pay-per-view is scheduled to take place on July 7, 2018, in Las Vegas, Nevada. DC comes into the fight with a record of 20-1 and a recent win over Volkan Oezdemir. Miocic meanwhile is 18-2 in his career and recently made a record for most successful title defenses in the Heavyweight division by defeating Francis Ngannou.

Previous articleUFC:As per Chael Sonnen,’Broke’ Floyd Mayweather is not training for UFC debut,but for a potential boxing return
Next articleUFC: Joanna Jedrzejczyk believes that the UFC 223 fight is bigger than her career